Understanding the Controversy Behind the Changes in the DSM-5 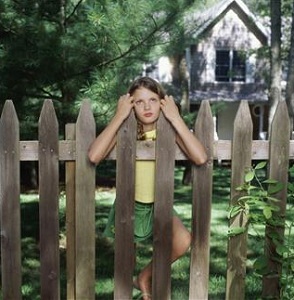 The American Psychiatric Association has approved changes to the Diagnostic and Statistical Manual of Mental Disorders, commonly referred to as the DSM. The fifth edition of the flagship guide to psychiatric diagnosis, due for release in May 2013 and known as the DSM-5, features several controversial revisions.

The DSM establishes criteria for the diagnosis of mental health conditions. Because changes to the manual can affect insurance coverage for certain issues and help define “normal” behavior, advocacy groups are often concerned about the effect additions and alterations will have. The latest revision is no exception.

Children and Mental Health
Diagnosing children with mental health conditions is often dicey because of concerns about stigma and the use, or overuse, of psychiatric drugs. At a time when some groups argue that fewer children should be diagnosed with mental health issues, the DSM-5 adds new diagnostic criteria for children. Those over the age of 6 who display irritability or frequent angry outbursts now qualify for a diagnosis of disruptive mood dysregulation disorder. While some mental health professionals emphasize that this new diagnosis could make it easier to plan early intervention for children who have extreme difficulties controlling their emotions, some advocacy groups have expressed concern that such a diagnosis could stigmatize normal childhood behavior or lead to the prescribing of unnecessary drugs to young children.

Autism Spectrum Disorder
The DSM-5 eliminates Asperger’s syndrome, folding it into a broader category called autism spectrum disorder. Diagnoses of Asperger’s and autism have been steadily increasing over the past several years, and many children with less severe symptoms of autism have been diagnosed with Asperger’s. The DSM-5, however, incorporates several autism-like issues, including Asperger’s, into the diagnosis of autism spectrum disorder. Not everyone is happy with this change. Many people with Asperger’s view the issue as part of their identity and do not want it to be lumped in with other issues. The APA, however, argues that this change will make diagnosis of autism more consistent and access to treatment easier.

Grief and Depression
Previous versions of the DSM incorporated a bereavement exception into depression diagnoses. This exclusion prevented mental health professionals from diagnosing a person who was grieving the death of a loved one with depression. The DSM-5, however, permits depression diagnoses in the bereaved. Members of the APA argued that the old bereavement exception excluded grieving people who had been diagnosed with chronic depression from being diagnosed with, and receiving treatment for, depression. But some people worry that the new changes pathologize grief and turn normal grieving—which often looks a lot like depression—into a mental health diagnosis.

Other Changes
The DSM-5 adds hoarding and excoriation disorder—a diagnosis for people who compulsively pick their skin. The APA also rejected several proposed disorders, including parental alienation syndrome, hypersexual disorder, and anxious depression. While the APA emphasized that the revisions—like all changes to the DSM—are intended to clarify diagnostic criteria and improve consistency in diagnosing, mental health advocacy groups argue that many diagnostic criteria have been loosened and that the DSM-5 will increase the number of people diagnosed with mental health conditions.

Which changes to the DSM did you find most controversial? Please share your comments below.