The Connection Between Lutein and Crystallized Intelligence 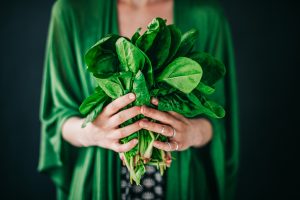 You’ve heard a lot over the years about the importance of a well-balanced diet for good overall health. And as you may already know, diets that are largely plant-based and consist mainly of unrefined foods tend to provide higher levels of vitamins, minerals, dietary fiber, and other nutrients. This way of eating has the potential to reduce disease risk and enhance general well-being.

Diet, Lutein, and the Aging Brain

The population of people over the age of 65 is expected to double by 2060, making it particularly important to learn more about how to preserve cognitive health (and health in general) over time. A healthy diet is one way to invest in yourself in both the present and over the long term.

Lutein is a type of carotenoid, a naturally occurring pigment found in plants. The body cannot make lutein on its own. To increase levels of lutein in the blood and brain, one must consume green, leafy vegetables (think kale, spinach, turnip greens, and collards) or other foods high in lutein (such as egg yolks).

Lutein is the most prevalent type of carotenoid found in the brain, and it tends to accumulate over time. It is thought to protect the brain via a number of mechanisms, including by enhancing communication among nerve cells and by reducing or preventing inflammation and oxidation.

Lutein and the Temporal Cortex Region

The temporal cortex is the region of the brain thought to be particularly important with regard to both the accumulation of lutein and the preservation of crystallized intelligence. As such, researchers from the University of Illinois Urbana-Champaign looked at a sample of healthy older adults, aged 65 to 75, to see whether and how lutein might be related to both brain health and crystallized intelligence via accumulation in the temporal cortex.

Crystallized intelligence is based on the knowledge, skills, and experience one has acquired over time. It can be measured by the ability to retrieve and make good use of things like knowledge of facts and vocabulary.

The researchers found that of the structures in the temporal cortex, increased gray matter thickness in the parahippocampal cortex was the one temporal structure to have a statistically significant association to both lutein and crystallized intelligence. The team also noted lutein has been linked to other aspects of intelligence, such as memory and verbal recall.

This study represents an important step in understanding the role lutein plays in preserving cognitive function over time. The researchers also stated it will be important to see what impact other types of carotenoids may have on preserving brain health. Furthermore, it will be essential to examine how combinations of carotenoids and other beneficial substances found in foods may have benefits beyond that of single nutrients.

The bottom line, again, is that healthy eating can have a number of important benefits to cognitive functioning and overall well-being, both in the present and over the long term. In the year ahead, consider resolving to add more leafy greens and other healthy foods to your diet.