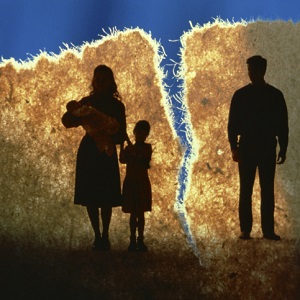 Headline: Parents Put Aside Differences and Communicate about Their Child. This news flash is music to a child’s ears! Children love the sound of their separated parents having a cordial conversation. The absence of tension and a congenial give and take is all the child yearns for. Unfortunately, too many children often find themselves at odds with their parents, daydreaming and frustrated. Their grades may start slipping, or they may get involved in risky behaviors at school.

Can you blame them? Their parents are so busy stressing over the separation or divorce, and who is getting more time with the child, they hardly have time to listen to the child they are fighting over. What about their children’s complaints?

The post-separation parents’ competitive feelings are exacerbated when they enroll in counseling and monitored visitation services. For example, the visiting parent is most excited to see the children and feels that other clients may be getting in line in front of their case. This desperate parent laments that the contact with the kids isn’t happening fast enough, and that they have been waiting so long to see their children. They are sure staff is on the “side” of the custodial parent and being influenced by that parent’s comments, etc.

Meanwhile, back at the ranch, the custodial parent may be voicing cooperation while having difficulty letting the children go to visit the other parent. The pain the marriage and separation caused has transformed this parent into a reluctant participant. Bringing the children to visits with the “offending” parent is the last thing on their to-do list.

They may fear for the child’s safety and wonder whether the parent/child visit will indeed be safe. These parents also believe staff is siding with the visiting parent, trying hard to accommodate that parent while snubbing the custodial parent. And so the story gets repeated, family after family.

What is noticeable is that neither parent stops to the think what the other parent is feeling—or even more importantly, what the child might be feeling—as the child is being bounced back and forth between fearful, angry parents.

Now enters the concept of cooperation. The C-word is the difficult task of therapists as they carefully navigate the warring sides. They attempt to introduce a cooperative spirit to parents who at this point in their separation cannot see even communication, let alone cooperation.

The key to this problem is empathy with the feeling. Each parent must receive a large dose of empathy for their particular pain. The visiting parent, for the agony of not seeing their child, and the custodial parent for the injuries endured, and the fear they feel when their child must see that parent. Both parents can be comforted, but for different reasons. Until the parents know that we care, and care deeply, they will still hang on to the competitive feeling that “You care more for that parent than me.”

During summer, though, parents can be more convinced to let the competitions cease and pick up the picnic basket.