Communication Modes: The Benefits of Being Assertive 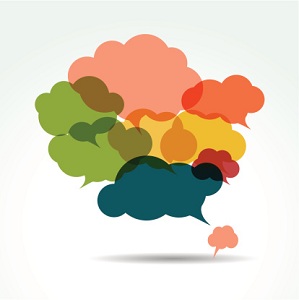 When we relate to others, there are three modes we can utilize. However, most of us probably predominantly behave and communicate in one of these modes.

Submissive mode is a way of communicating that demonstrates lack of respect for one’s own needs and rights. Most submissive people do not express needs, or do so in such an apologetic and diffident manner that they are often ignored and not taken seriously. Sometimes a submissive person will think that they have communicated clearly when in reality their message was so vague and unclear that it was not understood at all.

Aggressive mode is an expression of feelings, needs, and ideas in a way that goes against the other person. It is a “move against” or “move with the intent to hurt.”

Assertive mode is a method of communication which enables a person to maintain self-respect, clearly communicate and pursue their needs, and defend their rights and personal space without abusing or dominating others. It confirms one’s right to be in the world and put forward needs, desires, ideas, and feelings.

Understanding Submissiveness
The payoff for submissive communication is that the person gets to avoid conflict. Submission is a way of avoiding, delaying, or at least hiding the kind of conflict that is very scary to some people. Most people have been trained for submission by parents, older siblings, teachers, and others. Submissive people are often praised for being submissive: they are called “nice”, unselfish, good sports. It is important to note that submissive people often “win” and control others through their seeming niceness and weakness. They get to have what they want by having the least amount of responsibility and avoiding conflict at the same time.

The thing to remember is that every submission is a repression of anger, which eventually seeps into the affection individuals may feel. Sadly, submissive people act this way in order to be loved—but that very way of being eventually creates conflict and estrangement.

There are also several downsides to aggression. Aggressive people are very fearful: people are aggressive not because they feel strong, but because they feel weak. They tend to make enemies, and their aggression ultimately makes them even more vulnerable and fearful. Aggressive people tend to alienate people and are usually not liked or loved. This alienation is a very powerful reason to deal with this issue. Too much aggression can also have serious consequences on one’s health and creates an unsafe world for all to live in. There are many aggressive people in our society.

Understanding Assertiveness
Assertiveness has a number of benefits. Assertive people usually like themselves more than the other two types: there is a connection between the ability to assert yourself and improved self-esteem. Assertiveness usually fosters better relationships by making a person more comfortable with themselves and therefore more comfortable to be around. Assertiveness greatly reduces fear and anxiety and enables people to release positive energy towards each other. Healthy and mutual satisfaction of needs in any relationship can only occur between assertive people. The biggest benefit of assertiveness is the feeling of living one’s own life. Your chances of getting what you want out of life greatly improve if you can let others know what you want and need, as well as how you feel.

I think that a person is most likely to get what they want from life and from others by being assertive. Of  course, assertiveness doesn’t always guarantee that you get what you want and need, but under most circumstances it is still most appropriate and preferable.

Is there a price for assertiveness? Yes, there always is. Learning assertiveness takes effort and can be a struggle. It is not easy to change a habitual way of communication. It can also be very painful to communicate vulnerably and honestly what you need, want, or feel and have that lead to conflict or rejection. In order to be assertive, you must be willing to risk enduring a conflict in order to hopefully forge a more authentic, intimate, and satisfying connection.

There are times and situations when submissiveness and aggression are appropriate. The problem is when those kinds of behavior are compulsive.

A choice to work on becoming more assertive is not an easy one. But it is the only possible way to take charge of one’s life and break out of a rut of compulsive behaviors learned in dysfunctional relationships. Assertion helps people to develop the power of having and making a choice, as well as learning to respect that choice in others.  In the end, assertiveness is better most of the time.