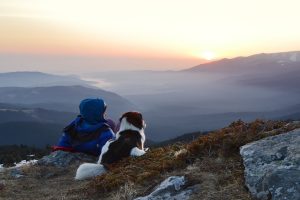 Can Disrupted Circadian Rhythms Cause Depression?

To circumvent this challenge, researchers injected mice with a drug that suppresses expression of a gene involved in driving circadian rhythms. This gene operates on the suprachiasmatic nucleus (SCN), a part of the brain that controls circadian rhythms. The injection reduced the expression of the gene by about 80%, significantly undermining the mice’s internal clocks. The mice were exposed to normal light/dark cycles to ensure changes in their behavior were not attributable to other circadian rhythm-altering factors.

A variety of experiences can disrupt humans’ circadian rhythms. Stress, insomnia, and seasonal changes in exposure to light can affect the brain’s clock. Because the study involved mice, it does not conclusively prove circadian rhythm disruptions cause depression in humans. However, human and mouse brains are substantially similar, and both humans and mice are social creatures who draw important cues from their environments.

If future research finds a similar result in humans, circadian rhythms might play an important role in the understanding and treatment of depression.