Shielding Children from the Details of Divorce: How to Manage Information 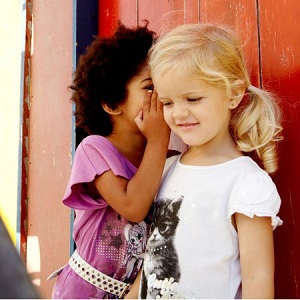 Most divorcing parents believe their children are being protected from the details of their divorce. They speak quietly into the phone when discussing the divorce with family and friends. They don’t leave court papers or their financial documents around. They only work on them when the children are with the other parent. Should the children start showing signs of having information they did not want them exposed to, their first thought might be that the other parent is the one who is being indiscreet.

While this scenario is plausible, it is not always accurate. Whether you live in a small community or a large one, children have active lives at school with friends, on teams, and in music lessons, among other activities. They sometimes learn about their own families from the information their friends and schoolmates pick up. All news travels fast. In the desire to be helpful, concerned, and useful, people will often discuss other people’s experiences. Your children can easily be in the path of hearing about details you thought you were shielding them from. It is important to have close, trusted people to talk to while you go through your divorce. You may be surprised at how much can be overheard when you are whispering. Most of the time we think children have hearing problems because of the number of times we have to ask them to do something. Their hearing is fine, in fact it is generally extraordinary.

Children should be safeguarded from the specifics of your divorce. They do not need the burden of knowing that money is tight, why Mom or Dad are really divorcing, arguments about where everyone will live, or where they will go to school, etc. General conversations, when children ask questions, are appropriate and can often be addressed by letting the children know that you and the other parent are working out the details. Information about what you and the other parent are at odds about, how you feel about it, asking the children to tell you what they want, or what they have been discussing with the other parent are more than children should have to manage.

If your children are asking questions about things they have overheard, try to assure them that, as soon as anything is known for certain, they will be the first to know. It can sometimes be helpful, when possible, to have both parents present to answer the questions that come up. This helps children feel like they are getting a united response rather than confusion when each parent gives a slightly, or even radically different, answer. Help your children continue to have the belief and the experience that their parents are a strong force in their lives and are working together for their benefit.