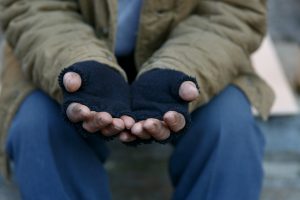 Childhood poverty is linked to significant psychological difficulties in adulthood, according to a 15-year study published in the journal Proceedings of the National Academy of Sciences. The study notes previous research has also linked childhood poverty to negative physical health outcomes, including premature death and poor health in adulthood.

Adults who grew up in poverty did worse on each measure of cognitive and emotional health. They were more likely to give up in the face of challenges. They also experienced impeded spatial memory, increased chronic stress, and poorer overall mental health. The study’s authors say the stress of poverty and financial issues is largely to blame for any psychological issues experienced in adulthood.

The study’s authors say early interventions with impoverished children are vital for preserving their long-term mental health. They also emphasize that increasing family income is likely the most efficient method for reducing childhood poverty. They advocate for creating a safety net to protect the poorest and most vulnerable children. Numerous studies have linked poverty to reduced access to mental health care services, which leaves little support for the children most vulnerable to adulthood mental health issues.

According to the World Health Organization (WHO), the stress of living in poverty can trigger a range of mental health conditions. People who grow up impoverished are about twice as likely to experience depression. Hunger and debt can also make it more likely for someone to experience mental health concerns. Among people in the lowest socioeconomic groups, schizophrenia is eight times more prevalent than in higher socioeconomic brackets.