Character and Destiny: What Can We Change? 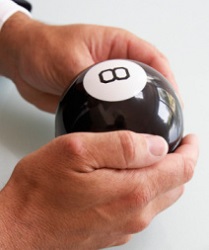 John Lahr, writer for the New Yorker, wrote a profile of the playwright and actor Sam Shepard (February 8, 2010). I came across a section of the article that struck me deeply. Discussing one of Shepard’s plays, “Starving Class,” which has, as its theme, the impossibility of retreating “…from their legacy of self destruction,” one of the characters says: “It always comes. Repeats itself…Even when you try to change it…It goes back and back to tiny little cells and genes…We inherit it and pass it down, and then pass it down again.”

The article quotes Shepard as saying: “Character is something that can’t be helped…It’s like destiny…It can be covered up, it can be messed with, it can be screwed around with, but it can’t be ultimately changed. It’s like the structure of our bones, and the blood that runs through our veins.”

The profile’s author, Lahr, comments: “His characters are doomed by their unconscious, which they can’t or won’t examine. In fact, they’ll do anything for an unexamined life.”

I personally found Shepard’s outlook on character and destiny to be unduly pessimistic. It is also a viewpoint that conflicts with my own perspective as a psychotherapist and Yoruba Priest. We Yoruba believe that we choose our destiny right before we are born. We also believe in reincarnation. By the same token, we believe in the power of the ancestors and venerate them. Indeed, we are called upon to remember our ancestors by calling out their names, feeding them, and dancing and singing to them. We pray to those we feel can help us in this life and pray for those whose spirits need to be elevated. In some sense, we are both a “tabula rasa” (clean slate) and also beings whose course is predetermined. Because of our belief in reincarnation, our actions in this life can affect us in the next, as well as future generations. It’s a complex, but ultimately optimistic, world view.

However, one key element of the Yoruba philosophy is the belief in the ability and importance of humans to do right in their lives—develop that good character (we call it “iwa pele”). It implies a great degree of human agency. Character, both good and bad, contrary to what Shepard seems to feel, is something that can be molded by an individual. This is done by honoring the ancestors, being kind and compassionate towards others, respecting the earth, and doing good work that benefits the community.

This is not to say that I don’t believe we are strongly influenced by our families of origin. The parents and extended families that raise us do, in truth, guide us, abuse us, and impart to us their values and prejudices. But, I believe it is incorrect to say that our characters are ultimately formed only by our genetic, psychological, and physiological inheritance from the past. We come into this world with a temperament, a greater or lesser degree of intelligence, certain gifts and talents, a unique physical constitution, and from my perspective—our own destiny.

This perspective allows us to examine the past, from the perspective. It examines, not by blaming, but by trying to understand who are ancestors were, as individuals, in their own right. We do not have to “ransom our lives” as a speaker at a recent workshop I attended said. Our lives are our own from the start, and what we make of ourselves, in terms of our own search for meaning and what brings us joy, is our own specific journey.

There is a big difference between influence, as it relates to our ancestors, and living the rigid and unchangeable life that Shepard describes.