Changes in Smell and Sight: Early Warning Signs of Alzheimer’s 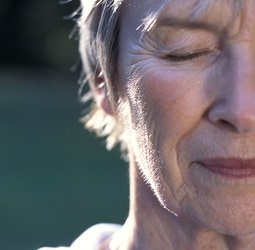 Seniors concerned about developing Alzheimer’s frequently focus on forgetfulness. Everyone forgets information sometimes, though, and some decline in memory is normal with old age. A new group of studies suggests that changes in smell and vision could actually be better indicators of early Alzheimer’s disease and that doctors who test for sensory decline may detect the illness earlier.

Brain cell death can affect sight just as it affects smell. Amyloid plaque deposits in the brain are a telltale sign of Alzheimer’s, but brain imaging tests to detect these plaques are expensive and are primarily used for research purposes, not as a diagnostic tool. Amyloid plaques associated with Alzheimer’s are frequently deposited in the retina, suggesting the retina could serve as a proxy for the brain in Alzheimer’s tests.

A study that evaluated 200 seniors has found that a noninvasive eye-imaging technique called retinal amyloid imaging can detect amyloid plaques in the eye. The study verified its results by following up with brain images that show brain plaques in seniors who also have retinal plaques. So far, the study has only published results from 40 participants but is expected to be completed later this year.

Of course, the aging process often undermines sight and smell, so sensory challenges don’t necessarily mean a senior has Alzheimer’s. But changes in sensory perception warrant a trip to the doctor, and soon doctors may be able to more easily, safely, and inexpensively diagnose Alzheimer’s by evaluating sensory changes.