When It Comes to Caretaking and Helplessness, Enabling Is Disabling 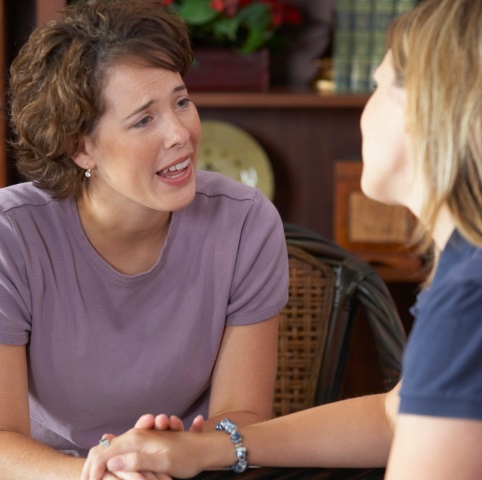 “Self-abandoned, relaxed and effortless, I seemed to have laid me down in the dried-up bed of a great river; I heard a flood loosened in remote mountains, I felt the torrent come; to rise I had no will, to flee I had no strength.” ―Charlotte Brontë, Jane Eyre

A friend recently told me that convenience is the root of all evil. I knew exactly what he was talking about. Call it codependency, call it enabling. The caretaker, the hero, this person has been deemed the criminal in many cases, the one who “allows” the undesirable behavior, whatever it is, to exist.

But it takes two to tango. We caretakers—yes, that’s the role I have most often played; I have, in fact, fought to not be in the role of the helpless—often set ourselves up by rescuing those we perceive to be in need. So often, though, this is a power play to feel better about ourselves. Do we get something out of it? Oh, yes we do. For one, by being the provider or caretaker, we feel helpful, not helpless, and that is key. By being of service, we believe we are out from underneath (we’ve probably observed or experienced feeling helpless), we are above and in control, and this in many ways determines our self-worth and success. Caretaking behavior negates low self-worth that may come from being under someone’s thumb or auspice, and we feel we are free and in charge. Thus, there is a sense that we should feel better about ourselves. In control. Safe.

But what about the so-called helpless ones whom we perceive to be in need of rescue? The irony is that the ones in need, who are grown adults (since we’re referring to this position within adult relationships) and thus very capable in many cases to take care of themselves, often end up being the ones in control because we enable them to the point where learned helplessness enters the picture. Learned helplessness renders them incapable of doing things, and as much as I want to take responsibility for this and say caretakers are to blame, the truth of the matter is this is a dance created by two willing individuals who want to feel good and relinquish control because it’s easy and convenient—or take control because it also feels good and therefore is oh-so-very convenient. This is the irony of the dance and the self-talk.

We caretakers love to make things convenient for others; it’s what we do best. What we see as being a do-gooder—our need to be on top, to prove to ourselves we are not helpless by being overly helpful—actually renders others helpless and dependent on us. Although this should feel good, and perhaps it does initially, in the end it often enslaves us to our “victim,” who learns to, by no fault of his or her own, manipulate us (and probably others as well) and to settle into a role as the helpless one. Since they’re grown adults, we know they are capable in whatever way suits them, but once this pattern begins, we see the helpless one as the victim, unable to care for himself or herself, and then the caregiver becomes the martyr.

This pattern then becomes ingrained in us, and can and most likely will be repeated in other relationships. The irony is that both roles are similar, if not identical, as the martyr often also plays the victim and vice versa. It’s a two-way mirror and a two-way street, with both roles continuously going back and forth. Both people think they are being helpful and noble, but both are suffocating in their inability to take care of their own needs.

So how does one take care of his or her own needs? It’s simple once you recognize the patterns. The helpless individual starts doing things on his or her own instead of always relying on the other to “fix” problems, and of course the fixer does less fixing. This may come in a form of abstinence in the beginning. I don’t mean sharing less; I do mean expecting less. It means sharing without expectations. It means sharing the details of your horrible day without your partner giving you advice. If your partner continues to give you advice, thereby suggesting helplessness, you are likely to avoid sharing. This is where caregiving becomes harmful. So keep sharing, keep listening, take care of your own needs, and help only when someone asks for your help, give advice only when someone asks for it, and don’t expect help or advice unless you specifically say so.

Communication is key when it comes to breaking these patterns. Recognizing our role as either fixer or helpless one comes first, and then recognizing what we do in those roles. For example, a “victim” or helpless individual may manipulate by not offering to do something or by simply avoiding something, suggesting incapability. The fixer takes this cue and will do it for him or her anyway. These types of patterns become ingrained in the relationship.

Do you take control when the other person is in need? How often do you do this? Part of being in a relationship is to be there for our partners. However, doing it every single time and rendering them helpless is counterproductive to a healthy relationship. Do you expect your partner to handle many things for you? How often do you expect this? Expecting our partners to come through for us when we are in dire straits is one thing, but expecting this more often than not suggests a very unhealthy pattern for your relationship.

The symptoms of fixing and being a victim will be apparent in the bedroom, and possibly other areas of your life as well. Sexual satisfaction within a relationship is often a great indicator of these aspects within a relationship. Sexual issues often are symptomatic of much deeper issues. A fixer is like a parent, and a victim is akin to a child. Sexuality quite often will cease to exist in this sort of parent-child dynamic, as it suggests imbalance.

Sexuality thrives in autonomous situations, with autonomous people. We are well aware of the fact sex is more exciting when there is some level of mystery involved, some level of distance, some level of taboo. That taboo is often the unknown. Let’s face it: Being self-sufficient is a huge turn-on because it provides some distance. Not detachment, but distance. We can still be there for our partners, be their moral support, and be autonomous and self-sufficient when it comes to our emotional needs.

If you think you and your partner may be caught in this type of vicious cycle, just remember this: It may take two to tango, but it takes one to break the cycle.