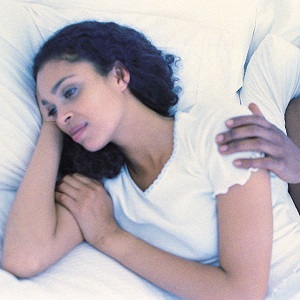 Thus far in this series, we’ve looked at the challenges people face in intimacy and sexuality when dealing with cancer. The first article provided a general overview of the topic and the second provided more specifics regarding the effects of chemotherapy on sexuality. This post will focus on how a person’s perception of him/herself and their partner’s perception of them can influence their sexuality in the face of cancer. The majority of studies of sexuality in cancer only address those cancers involving sex organs, such as the breast, prostate, and gynecologic cancers, hence the focus of this series. Also, there is much more literature regarding the impact on women as compared to men.

In close relationships, partners’ responses shape each other’s self-views. They can help to create new sexual identities and reconcile discrepancies between ideal and real self-views. A partner’s response also helps to alter diminished views of one’s self as a sexual being. General feelings of acceptance by one’s partner play a significant role in shaping a person’s self-image. Women’s perceptions of their partners’ reactions to them through their cancer journey are consistently found to influence their own acceptance of their appearance, sense of femininity, self-esteem, and psychological functioning.

Sexual satisfaction reflects general satisfaction. A strong predictor of the quality of a sexual relationship is a couple’s general satisfaction with their relationship. Sexual satisfaction for women depends, in part, on whether they feel their intimate, emotional, and psychological needs are being met. If a partner seems to understand the woman’s feelings, there is less disturbance from body-image concerns, and fewer sexual problems occur. In general, women engage in sexual activity because they feel close to their partners, whereas men engage in sexual activity to feel close to their partners.

Not surprisingly, problems with body image are prevalent in women with breast and gynecologic cancers, since tumors and treatments involve areas often associated with femininity and sexuality. Before cancer, a woman may have seen herself as vital, confident, and vibrant. After cancer, she may struggle to reconcile her real self-view with her ideal or pre-cancer self-view.

If a woman is highly invested in a sense of body integrity or wholeness for self-esteem, she will feel less sexually desirable and may lose her sense of identity after surgery. Negative thoughts about one’s body and self-image are closely linked to poor sexual functioning. These negative thoughts create emotional reactions, which affect sexual responsiveness. If a woman feels unattractive, embarrassed, sad, or self-conscious about her appearance when attempting intimacy, she is likely to be anxious and distracted.

Women and men differ in their reactions. A significant difference between women’s and men’s self-images after cancer treatment is that women’s body image, self-concept, and sexual responsiveness are shaped within the context of their relationship with their partners.

Some partners withdraw in the face of the high levels of distress that most women experience with a cancer diagnosis. This prevents a woman from getting the support she needs. The partner’s sexual interest in the woman is important for her perception of herself and satisfaction with the relationship. Women are likely to misinterpret their partner’s reluctance to recommence sexual activity as his not finding her attractive, which makes her feel less desirable and more unsure of herself. In reality, men’s reluctance is often due to feeling fearful of hurting their partners who are dealing with gynecologic cancers.

A negative response by a partner can have significant effects. Injuries to self-esteem may hinder positive coping. Feeling rejected can weaken attempts to cope with the demands of the illness. In a study of women with ovarian cancer, it was found that a partner’s unsupportive behaviors negatively influenced women’s adjustment to illness through the impact they had on a woman’s self-esteem.

Not surprisingly, some men suppress their sexual urges or find their need for sex decreases in the face of a partner’s illness. They may feel less confident, less certain in the intimate relationship, or rejected if sexual activity has decreased. They may also feel uncertain about how to react to changes in the woman’s appearance and how to reassure her that they still find her attractive.

In closing, people, especially women, are strongly influenced not only by how we perceive ourselves, but also by how our intimate partners perceive us. As shown above, difficulty re-engaging in sexual activity after cancer treatment can be caused by many factors. When these issues are not discussed openly and honestly, the result can be a number of incorrect assumptions about what one’s partner thinks and feels, which only serves to worsen the problem.