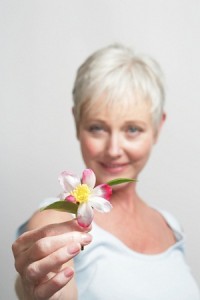 Cancer treatments can have a significant effect on a person’s sexuality and desire to be intimate. Common side effects of chemotherapy include nausea, which may be worsened by sexual activity, and fatigue, which may persist for months after treatment is finished. Chemotherapy also has some gender-specific side effects.

Depending on her age, chemotherapy may cause a profound impact on a woman’s sexuality because it stops ovarian activity. This causes an abrupt onset of menopausal symptoms: weight gain, hot flashes, insomnia, night sweats, and menstrual cycle changes. The most significant effect is seen on premenopausal women. This includes changes in a woman’s sexual desire (libido), arousal, and orgasm.

Hair loss is another common side effect of chemotherapy and can be particularly distressing to women. One woman described feeling like an “old man” because of her mastectomy and baldness.

In fact, data shows that most women on chemotherapy report no sexual desire. Intercourse may be painful because decreased estrogen levels cause vaginal dryness; water-based lubricants may be used to provide artificial lubrication. Similar effects are seen with estrogen-blocking agents, which include tamoxifen and aromatase inhibitors. Women’s testosterone levels may also fall. Testosterone plays a major role in desire and libido.

Sexual difficulties experienced by women dealing with cancer are primarily determined by:

These difficulties may persist for many years, despite improvements in other aspects of a woman’s life, such as mood and energy level. Chemotherapy has been consistently found to predict more severe and long-lasting sexual and body image problems for women with breast and gynecologic cancers. The more treatments a woman has, the worse her long-term sexual functioning is, and the more her satisfaction with her sex life after cancer is reduced. This is especially true for younger women who undergo adjuvant chemotherapy in addition to surgery, radiation therapy, or both. Prolonged treatments also have negative effects on energy levels. Fatigue is associated with significant sexual difficulties and especially affects desire and arousal responses.

For men, the most profound sexual side effect of chemotherapy can be seen during treatment with androgen deprivation (hormone) therapy for prostate cancer. This type of chemotherapy has a global effect on all aspects of sexual functioning, since it essentially deprives the body of testosterone. It results in a decreased libido—typically sexual dreams and fantasies stop completely. Androgen deprivation therapy also affects a man’s ability to have an erection, even though he can still have an orgasm. Other side effects may include hot flashes, breast tenderness and growth of breast tissue, osteoporosis (bone thinning), anemia, decreased mental sharpness, loss of muscle mass, weight gain, fatigue, increased cholesterol, and depression. Typically, testosterone levels return to normal 18-24 weeks after treatment ends.

Some men delay or avoid treatment for prostate cancer because they are unwilling to give up their current sex life. They may see themselves as less of a man if they are unable to have an erection. The thought of losing the ability to have intercourse may be as disturbing as a cancer diagnosis to some men. In fact, they may feel so despondent that they would rather be dead than be unable to function sexually. Many men may equate sexual intercourse with intimacy and closeness. As such, the loss of the ability to have intercourse can threaten the integrity of a man’s relationship with his partner in profound and fundamental ways. This may result in refraining from any form of sexual interaction or any form of intimacy, and potentially withdrawing completely from his partner—which only serves to make the problem worse.

Intimacy does not necessarily mean intercourse. If a person had a healthy sexual relationship with their partner before treatment, they will most likely still enjoy some degree of physical intimacy during and after treatment. Hugging, holding, touching, and cuddling may become more desirable than intercourse. Possibly, the couple may need to find new ways to experience closeness.

The key to maintaining a gratifying level of sexual activity or intimacy with one’s partner is open, honest communication.