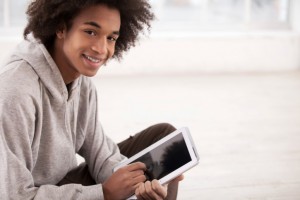 Though no cause-and-effect link has been proven, new research shows that teens who spend a significant amount of time using social media are more likely to report unaddressed mental health concerns.

Though the researchers did not directly explore the reasons why social media may have a negative impact on mental health, the study, published in Cyberpsychology, Behavior, and Social Networking, suggests that social media anonymity can increase exposure to cyberbullying. Social media sites might also encourage teens to compare themselves to others. One recent study found that women who use Facebook to compare themselves to other women are more likely to experience issues with body image.

However, some teens who are experiencing mental health issues may use social media to connect with other individuals, thus combating isolation and loneliness. Spending time online may increase the risk of cyberbullying or make it easy for young people to compare themselves to others, but many teens are able to build strong friendships and become part of online communities through social media and other Internet use. Therefore, it is possible that some teens reporting untreated mental health issues obtain some benefit from their use of social media.

Because the study uncovered a correlation, not a cause, the research team cautions against drawing conclusions about the negative effects of social media use. Instead, they advise limiting social media use to two hours a day and encourage parents and guardians to monitor children for changes in mental health.