Can Marijuana Use Reduce Mortality from Traumatic Brain Injuries? 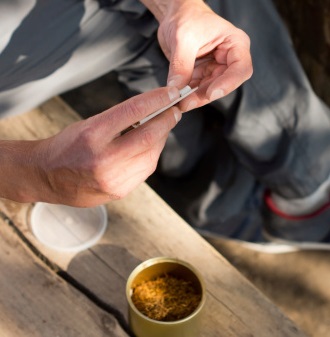 Every year, more than 2 million people experience a traumatic brain injury (TBI), according to the Centers for Disease Control. These injuries, which result from a blow to the head, can lead to serious health problems, changes in personality, temporary or permanent disability, and even death. According to a study authored by a group of Los Angeles Biomedical Research Institute researchers, though, TBI patients who use marijuana are less likely to die from TBI.

To evaluate the effects of marijuana on people with traumatic brain injuries, researchers surveyed 446 people with TBIs. They excluded people under the age of 15 and those whose injuries were considered unsurvivable. Study participants underwent a urine screening for THC, the primary psychoactive ingredient in marijuana.

Eighty-two people—about 18% of participants—tested positive for THC. Only 2.4% of these people died, compared to 11.5% of non-marijuana users. The study’s authors note that the severity of injuries was similar between the two groups.

Could THC Protect the Brain?

The study’s authors note that previous research has shown that marijuana can help TBI patients by increasing appetite, reducing muscle spasms, and providing pain relief. While many people are familiar with these effects, the idea that marijuana could prevent death from a brain injury might seem strange. Previous research, however, has shown that cannabis may protect the brain from an assortment of injuries.

While marijuana remains illegal at the federal level and in most states, 23 states have fully or partially legalized medical marijuana.