Bystanders: If a Tree Falls … 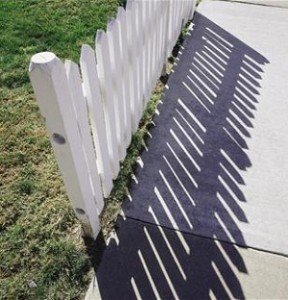 There was a family I knew once, grandmother, mother, father and two kids, let’s call them the Cronin family. The father was an alcoholic, the mother had serious emotional problems; they, their two kids, Alan and Josie, and the grandmother too, all tried to survive as best as they could.

Both parents were abusive. The mother was scheming, accusing, and often out of contact with reality. At such times she would scream and attack Josie, whom she saw as a threat, and try to get the father angry with Josie, too. Alan always joined the mother against Josie. The father was brutal and dangerous physically and verbally, but generally did not hurt Josie directly. But Josie watched him assault her brother many times; she was too scared to do much about it, although when she found her father in a rare good mood she did sometimes ask him to be nicer to Alan. The grandmother saw and knew everything but just watched and cried as the mayhem continued. So here we have three kinds of bystanders: joiners, helpers and watchers, and three kinds of people, abuser, victim, and bystander.

The Cronin family made a lot of noise. Eventually their next door neighbor grew tired of hearing the screams, and he threatened to report the family to child welfare if the abuse didn’t stop. His threats had an effect; although the abuse did not stop altogether, it did diminish, which was of some benefit. The neighbor, who was a teacher, told Josie that if there were any more problems, she could tell him and he would help. Josie was too scared to ever speak to anyone about anything, although it did help her to know there was a witness who heard what was happening, knew it was wrong, and would come to her assistance if necessary. This bystander became a helper.

“If you see something, say something,” says the sign about terrorism in the NYC metro system, like if you see an abandoned suitcase or backpack, notify the police, because it might contain explosives. Bystanders can also prevent wickedness of a more personal sort, like stopping gang behavior by calling the police, for example. The bystander has a choice to egg the bully on, ignore the bully, which tacitly gives permission for the behavior to continue, or stand up and say stop. If everyone stands up and says stop, the bully will stop, at least while people are watching.

Why does anyone act like a bully? Some bullies are so terrified inside the only way they can find relief is by terrifying someone else, making themselves feel big and strong in comparison. They try to pass their horror on to the next person, but they never get rid of it; instead they create an endless cycle of pain, fear, and rage, a poison that grows inside them and infects everyone around them. They get pleasure from causing pain. They may be wired wrong at birth, or they may have had seriously damaging experiences, or both.

What happens to the victims? They are stuck with the problem of how to find an antidote to the poison that infected them, the contact they experienced with the bully. I see the remedy to having been bullied as being like the cure to lead poisoning—careful slow processing gradually helps the body cleanse itself of the lead. Therapy can be like that. Careful and slow processing releases the venom and develops ease and health.

What happens to the bystander? The bystander takes in a portion of this poison too, whether or not he chooses to help, and if he hasn’t helped he has to bear the added guilt of not having come to someone’s aid. A lot of times people justify their inaction by telling themselves that they can’t do much, but most of the time they can do something, even if it’s just a little. All the people involved, abuser, victim, bystander, are swept up in a tornado of violence and endless consequences.

Even a relatively physically weak bystander has power, though. I remember when I was a caseworker in very dangerous areas of the city, and how the grandmothers in the neighborhoods looked out their windows, and told me, “I’m watching out for you. I’m watching your every move, so don’t be scared. My phone is in my hand. I’ll call the police if I have to.” Knowing they had my back – I’m still grateful.

We are all connected. The Dalai Lama said, “We live very close together. So, our prime purpose in this life is to help others. And if you can’t help them, at least don’t hurt them.”

Suddenly, as I’m writing, this blog takes a funny, personal and immediate turn. I’m in the country, my desk against the window where I can watch the light move across the trees and shrubs and once in a while see a wild turkey family strolling by. Turkeys are good mothers, by the way.

Today there’s a big storm in the area, high winds and occasional heavy rains, but at this moment the sun is glinting on the wet leaves. The rain starts up again, and I glance out the window and see that a tree has fallen down and landed on Sunny’s roof. Sunny is my nearest neighbor.

I can’t believe what I’m seeing. I go outside and look more closely and see the tree has pulled out of the earth, its grasp weakened by heavy rains. The tree fell gently, and there is no apparent damage. Even trees can lose their grip.