Bullied to Beautiful: Finding Strength I Didn’t Know I Had 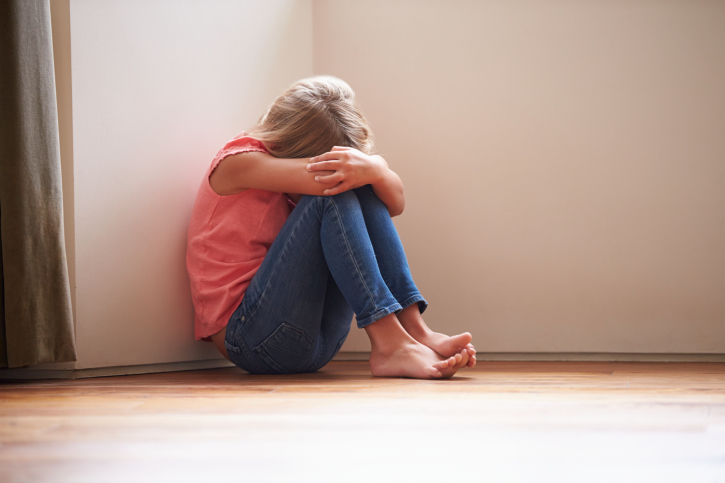 Growing up in the 60s and 70s with curly hair when long, straight hair was “in” was not fun. Top it off with being one of the tallest in your class and having to repeat a grade … well, you guessed it—it was a recipe for disaster.

I was bullied and teased to the point where I started faking illnesses so I would not have to go to school. The icing on the cake came when my fifth grade teacher told me, in front of the whole class, I was ugly due to having curly hair. Once that was done, it was open season on me. They saw that a teacher could bully me, so they believed they could do the same. It was the start of a long, lonely journey.

The bullying and teasing followed me through junior high school and into high school. I tried my best to fit in, but somehow I just did not. It seemed the harder I tried, the worse it got for me.

When I was halfway through my freshman year in high school I remember having a conversation with my parents and siblings at the dinner table. I was telling them about my struggles and about not fitting in. I can still hear my dad’s words loud and clear in my head: “Stand up for yourself. Don’t let anyone put you down or make you feel you are worthless. People who bully are the ones who need the most kindness, as they don’t feel good about themselves. That is why they seek out and bully other people, to make them feel better about who they are.”

I did not realize how powerful my dad’s words were. A few days later, I was at my locker between classes. Coming down the hall was a boy who had teased me relentlessly for years. Right away he said to his buddies, “Oh look, the dog is here; she got off her leash.” My usual reaction was just to put my head down and leave, but instead I looked right at him and said, “you know, that saying is getting old. It’s really not funny anymore.” I shut my locker and walked away.

It did not stop right away; it took weeks of me standing my ground with him and his buddies. But as I did this, I noticed something was happening: the other kids were starting to respect me for standing up to him. They were starting to defend me, as well. I remember one of my class mates saying to me, “Wow, Amy, good for you. I never knew you had a backbone.”

Did I become Miss Popular? No, of course not. But I did gain the respect of some of my classmates and make some life-long friends. As for Mr. Bully, he still threw out his comments to me once in a while, but they did become less and less frequent.

Unfortunately, when a person is constantly told they are ugly, they start to believe it, and that was the case for me. The damage had been done. My self-confidence and self-esteem were in the tank. I was convinced I was the ugliest person on the planet. I was afraid to speak up in groups, go to new events by myself, and meet new people. I never had a boyfriend, as I was convinced I was not pretty enough, and that nobody could love me. I hid from love to protect myself. I built a wall so high around myself, no one could break through. I wanted to be/look like someone else—anyone else but Amy Madge. I wanted to be accepted so badly, I would have done anything. If I thought I hurt someone, it devastated me. I couldn’t stand it if someone didn’t like me.

Thankfully, God sent an angel into my life. In the mid 1980s a new minister and his young family came to the church I was attending. Rev. Michael Corrigan had a gift for reaching out to everyone to make them feel loved and needed. I saw him approaching me one day after services. I bolted for the door to escape from talking to him. The more I pushed him away, the more persistent he became.

I started to learn to stick up for myself, not want to be what somebody else is, and look in the mirror and say, “I am a beautiful woman.”

Once I let him and his family in, I became involved, met new people, and started to realize I am not that bad. I had some self-esteem counseling with him. I remember the first session I had with him so clearly: I was going on and on talking, and then I looked at him. He had tears in his eyes. I asked him what was wrong. He replied, “Amy, I am crying for you. I didn’t realize how much you hate yourself. You are blind to what other people see in you.” Those words stopped me in my tracks, as they still do today. That was the first step, I believe, in the journey to love and self-acceptance. Slowly, the veil was beginning to lift. I taught Sunday school, helped lead a youth group, and organized events. This carried over into my professional life, as well. I started to learn to stick up for myself, not want to be what somebody else is, and look in the mirror and say, “I am a beautiful woman.”

Now, in my early 50s, the old feelings still come back to haunt me from time to time. But I am able to attack them head on. I can hold my head high, knowing that I am OK.

I know today’s kids have it worse than I did as a child. They have the internet/cyber bullying and all the added technology that goes with it. I do, however, believe if we all stand together and start educating children at a young age on the harmful effects of teasing and bullying, we stand a chance ending it.

Amy E. Madge grew up in Massachusetts and now resides in Maine. She enjoys writing, photography, time on the beach, family, and friends. She is the author of three books. Two are on the anti-bullying theme for young children, and the third is a tribute to her late parents and her experiences in caring for them as their full-time caregiver.