Break Bones? No, but Name-Calling Can Injure Self-Esteem 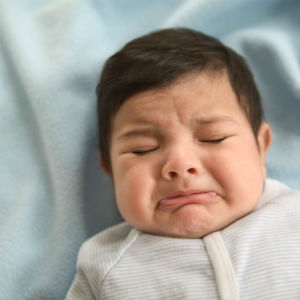 Walking to work the other day, I passed a young couple on the sidewalk and something happened that made me think about how low self-esteem seems to run in families.

The man was wearing a baby on his chest.

You know those harnesses you can plop a baby into so you can carry them hands-free?

That’s what he had on, and this one contained a very cute baby, maybe six months old.

As we drew closer, I could hear the baby making little gurgling noises—just trying out the vocal cords, or so it seemed to me.

The woman, presumably the child’s mom, said to the baby as I passed: “Oh, you little whiner.”

Her tone wasn’t unkind. There was nothing in her manner to suggest that she was irritated with the baby.

It was her words. They troubled me.

Call me hypersensitive, but if I were to make a list of things adults might say to infants who are gurgling, this would come in close to the bottom.

I know that mothers are attuned to fussiness in their children that a casual observer could miss. Maybe the child was really “whining” and I interpreted the sounds as happy, or at least neutral.

But if the baby was unhappy about something, why respond by calling him/her a “whiner”?

At such an early age, vocal tone is probably far more important than words. And the mother’s tone, as I said, was not unkind. But it still troubled me that it even occurred to her to respond to the baby’s vocalizations with name-calling.

What happens when the baby becomes a toddler and starts really kicking up a fuss? What about when he or she is a teenager? How many times will that child be called a whiner, and what other names might get thrown into the mix over the years?

It’s hard to imagine someone who’s never called herself names doing it to a child. Why is name-calling even on the table unless it’s solidly entrenched in the psyche?

We need to learn to love ourselves, so the next generation can grow up without the same burden of unearned shame that we carry.

Calling someone—anyone—names is the opposite of holding them in high esteem. And when kids are called names by the people they most need to feel cherished by, they may start to question their worth. They believe they don’t deserve to be esteemed, and so they decide not to esteem themselves.

It’s not genetic, not a function of temperament, not a personality trait. Kids learn low self-esteem by being treated in ways that don’t communicate esteem for them.

I feel for that young mother, whose own self-worth may be so injured that she doesn’t know a different way to relate to others with mutual esteem. Not even to a precious, innocent baby.

On the bright side, I like to think it’s never too late to repair injured self-esteem. Refusing to engage in name-calling, especially during self-talk, is a great start.