Brain Imaging Could Predict Recovery from a Vegetative State 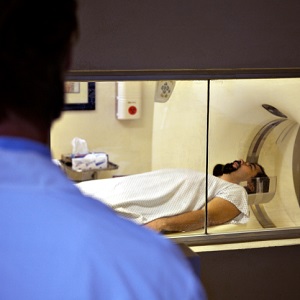 After a protracted legal battle, Schiavo’s husband was allowed to remove her life support, and she died. Brain imaging through positron emission tomography, however, could render cases such as Schiavo’s obsolete by shedding light on which people in a vegetative state are likely to recover.

What Is a Vegetative State?

A vegetative state is different from a coma and other forms of consciousness loss. The condition is typically caused by a brain injury, such as a blow to the head. In a vegetative state, the person is awake but does not show any signs of conscious awareness. He or she may blink, display basic reflexes, and maintain a regular heartbeat without assistance.

The label of persistent vegetative state is somewhat controversial, since people can—but rarely do—awaken from such a state. It can also be challenging to properly diagnose someone, and some people diagnosed as vegetative may actually be experiencing a different type of consciousness loss.

Perhaps most troubling to the loved ones of those in vegetative states, there’s no way to know what these patients’ subjective experience is actually like. No one knows whether they are capable of any rudimentary thoughts or awareness.

Doctors have historically used bedside consciousness tests on patients who have lost consciousness. The estimated error rate of these tests, however, is 40%. An error in such a test could provoke family members to remove life support because they believe a loved one has no hope of recovery.

Positron emission tomography (PET) scans may help to end the uncertainty surrounding vegetative states. A new study compared the results of PET scans with those of functional MRI (fMRI) imaging to assess patients who had lost consciousness. The results were promising. PET scans could accurately predict the degree of recovery within one year in 74% of those in a vegetative state.

The study also compared the results of PET scans to those of bedside consciousness tests, and it was here that PET scans looked the most promising. Of 36 people diagnosed as completely unconscious via behavioral tests, PET scans showed signs of consciousness in one third, suggesting that there could be more hope for patients in vegetative states than was previously thought.