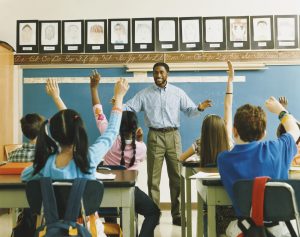 Black teachers are more likely to place black students in gifted-education programs, according to a study published in the Journal of Public Administration Research and Theory.

A persistent racial gap in giftedness identification leaves black children out of many gifted academic programs, even when their abilities are similar to or exceed those of their white peers.

A 2016 Vanderbilt University study found black students with high standardized test scores are about half as likely as white children to be assigned to gifted programs. That study also found the gap disappears when the gifted program teacher is black.

Are Black Teachers Better at Recognizing Giftedness in Black Students?

Although previous studies have established black students are underrepresented in gifted programs, this study is among the first to explore the cause of the disparity. Drawing on data from the federal Early Childhood Longitudinal Study, which follows a cohort of kindergartners through eighth grade, researchers explored facts that affect assignments to gifted programs.

Even after adjusting for test sores, school characteristics, and other factors that might account for giftedness disparities, researchers found black teachers were more likely to assign black students with high test scores to gifted programs. Black teachers had more positive assessments of black pupils’ learning and self-control than white teachers.

Is Diversity the Issue?

Some educational advocates have speculated that a generalized increase in diversity might boost black participation in gifted programs. The study found teacher diversity did not improve outcomes for black students. It was not enough to have black teachers in the school; students had to be taught by a black teacher to increase their odds of being recommended for the gifted-education program.

Some research suggests the apparently objective criteria used to test for giftedness, such as IQ scores, may be racially biased. This research raises additional concerns that white teachers may fail to recognize the skills of their black students. The study’s authors suggest schools change their processes to screen all students for giftedness, rather than relying on teacher or parent referrals.