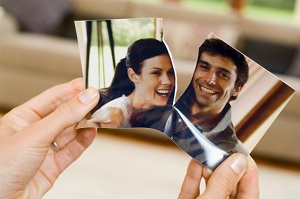 We all know someone who is bitter about a relationship. Maybe your friend can’t stop disparaging her ex-husband, or your new love interest continuously trash talks his ex-girlfriend. You may even be this person. Bitterness is an ugly emotion and one that is more tangible than ever thanks to online dating sites and social networking. Now, when someone is resentful, they don’t have to fester in frustrating silence anymore. They can vent on a virtual platform for the whole world to see. This public ranting generally still doesn’t bring resolutions, however. Even if you can eventually get over the bitterness from that one experience, it is bound to rear its ugly head again in the disguise of another dilemma or hurt.

In a recent article, R. Duncan Wallace, author and psychiatrist, explains why bitterness is merely the manifestation of hurts that cannot be covered up with a bandage. People who have been scorned in love will not feel better when they fall in love again. In fact, they will probably already be predisposed to disaster because unless they get to the root of their bitterness, they will never be truly cured. “I call it subterranean anger,” says Wallace. “It means someone is holding an expectation about how something or somebody should be or should have been.” And most of these unmet expectations come from relationships that happened long before the one that bears the brunt of the bitterness. This could mean that these resentments are from childhood, friendships, or prior love relationships. Because they are never worked through, are brought into current relationships. And even though these new relationships may be full of love and lust, they are most likely doomed to fail because that bitterness looms just beneath the emotional surface.

Wallace suggests that people who feel bitter heed the warning signs. Being critical is one clear sign that someone is bitter about something. Anger and hostility are also indicators. When you feel this way, get some help from a therapist or professional. Many people react with bitterness toward others because they see their own flaws in those people. But bitterness is curable. Wallace insists that if you are willing to dig deep and look at your past, you can overcome this state of mind and free yourself and your future partner from resentments that haven’t even developed yet.