Binge Eating Disorder and Health at Every Size 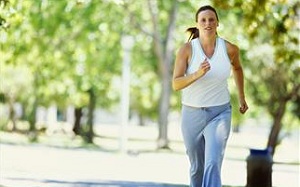 This past weekend, I attended the 2012 Binge Eating Disorders Association (BEDA) national conference. The theme of this year’s conference was, “ Revolution Ahead: Illuminating the Path to Freedom from BED, Emotional Overeating, & Weight Stigma.” I, along with my friend and colleague Clare Stadlen, LCSW, gave a presentation on “Moving From an Addictions Model to an Integrative Approach to Eating Disorders Recovery.” We were one of many workshops and panels on topics relevant to binge eating disorder (BED).

BED is a latecomer to the table of eating disorders officially recognized in the Diagnostic and Statistical Manual of Mental Disorders (DSM). It is listed as a provisional diagnosis in the DSM-IV and will be a full-fledged diagnosis in the DSM-V. For many years, anorexia nervosa (AN), bulimia nervosa (BN), pica (the ingestion of non-food substances), and eating disorder not otherwise specified (ED-NOS) were the only eating disorders listed in the DSM. Binge eating was relegated to the ED-NOS category, a sort of catchall for eating disordered behaviors that didn’t fit into the AN and BN categories. Binge eating is generally defined as eating a very large amount of food in a relatively short amount of time, accompanied by feeling unable to control the eating and experiencing shame or guilt afterward.

When I found my way to recovery in the late 1970s, I didn’t know I had an eating disorder. I’d never heard the term eating disorder. I thought I was a person who had no willpower, because I couldn’t stick to a diet. When I found help, I was told that I had a disease, called compulsive overeating.

Regardless of the style of eating in which a compulsive overeater engages, one thing that often distinguishes someone who has AN or BN from someone with BED/CO is body size. While an individual with AN is underweight and someone with BN is usually in what is considered a normal weight range, individuals with BED/CO are more often than not overweight.

Individuals who suffer from BED/CO often berate themselves for being weak or piggish, because they are unable to conform to the culturally valued conventions of watching and controlling one’s eating and weight. Although there is plenty of evidence out there that a large body can be a healthy body, the prevailing attitudes in our culture are that a large body is unhealthy and that people whose bodies are large should do everything they can to make them smaller.

At the conference, I found a refreshing accord among eating disorder professionals and lay attendees who are advocating against size discrimination and who believe that the vilification of fat and idealization of weight loss are unhealthy and harmful. I took a workshop facilitated by Judith Matz, LCSW, author, along with Ellen Frankel, LCSW, of the “Diet Survivor’s Handbook” (see dietsurvivors.com). At the start of the workshop, Judith said that her passion is to help people focus on “losing the shame, not the weight.” This sentiment was expressed in various forms throughout the conference: there was a “Stop Bad Body Talk” booth offering buttons, posters, and “feeding mind and body” sporks (see changethemessage.com for more information). I picked up “Wellness not Weight “ and “Accept Yourself… Accept Others” bracelets from the ANAD (Anorexia Nervosa and Associated Disorders, see anad.org) table. The Association for Size Diversity and Health (ASDAH, see sizediversityandhealth.org) sponsored an evening Meet and Greet. The “Health at Every Size” philosophy was mentioned often as an underpinning of BEDA’s treatment and recovery philosophy (see haescommunity.org and bedaonline.com).

Let me explain that BEDA and those of us who have or have had or treat BED/CO have nothing against weight loss. Rather, we believe that the valuing and pursuit of weight loss contributes to the development of disordered eating, to discrimination, to bullying of overweight children, and to poor self-image and low self-worth. When weight loss occurs as a “side effect” of changing one’s eating or exercise habits during the healing and recovery process, it’s because of a shift toward eating in service of the body’s nutritional needs rather than for emotional reasons and movement to support well-being rather than to burn calories. But it’s not the goal. The goal is self-acceptance and creating a way of life that supports one’s emotional, psychological, physical, and spiritual health, regardless of weight or size.

Related articles:
Cracking the Code: Understanding the Language of Disordered Eating
If Food Is Love, How Do I Love Myself?
Vulnerability and Eating Disorders