Bias in the Brain: Overcoming Our Unconscious Prejudices 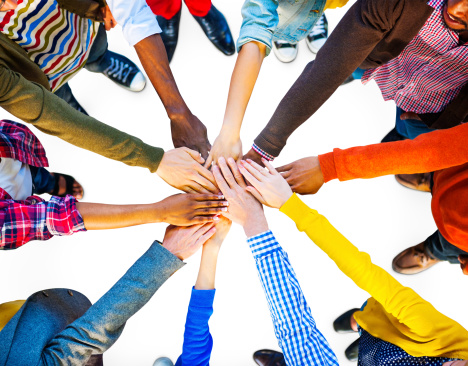 Every day brings more news of ethnic strife, intolerance, and political polarization in our world. Suspicion and distrust are rife. Republicans and Democrats in the United States can barely talk to each other, let alone govern together effectively. Racism has taken an ugly turn in recent years, with an epidemic of black youth being killed by jittery police officers. And extremists around the world are destroying civilizations and each other in the name of religion.

What is going on? Why all the fear, hatred, and demonization of the other? Is this part of our innate fight-or-flight instinct? Are we wired to hate?

Research suggests that our brains are wired to distinguish friend from foe, us versus them. This makes evolutionary sense; in early human prehistory, our ancestors lived in small clans. Back then, it was crucial that you could tell who was part of your group and who might be a threatening outsider. Your life depended on it. If you saw the other as a danger, your automatic fight-or-flight response would get triggered, and you did what you had to do to survive. This was a quick, automatic process, and it may have saved your life. If you assessed that the other was a friend or part of your own clan, you could relax and engage socially.

This ancient system for self-protection lives on in our brains and bodies today. We, too, automatically scan our environment for friend versus foe. Parts of the brain, especially the amygdala, are constantly assessing for danger. If threat is sensed, you either flee or fight—or freeze, in the case of life-threatening danger with no escape.

According to neuroscientist Stephen Porges, we have complex vagal systems in our brains and bodies that work to assess safety versus danger. If we sense safety, we relax and our social engagement systems are activated, allowing us to hang out with our friends, smile, and enjoy the many benefits of connecting with others.

Neuroscientist Shelley Taylor has identified the tend-and-befriend response, in which we bond with others for care and connection. As she and others have noted, we need this care-and-connection system as much as we need our fight-or-flight system to survive. The goodies we get from close connection with others—including the wonders of oxytocin, the attachment hormone—are well researched. Oxytocin lowers cortisol, the stress hormone. Sex, massage, and empathy all release oxytocin, improving our well-being and even our health. Social engagement and tend-and-befriend flow when we are comfortably with our own, our “us.”

But what happens when we face “them”? Is prejudice and fear of the other built into our brains? Research over many years supports the sad fact we are creatures of bias and prejudice. The Implicit Association Test (IAT) was developed at Harvard University to assess our unconscious, or implicit, biases. And we are loaded with them. In experiments, most white and Asian subjects associate white faces with positive words, black faces with negative words. People also tend to prefer young over old, and thin over fat. Perhaps most disturbing is a recent study showing white police officers are more likely to see a young black child as holding a gun rather than a toy; they are likelier to see a white child with the same object as holding a toy, not a gun.

While implicit bias that white equals good and black equals bad is strongest among whites and Asian-Americans, it is also present in African-Americans. Likewise, prejudice against one’s own identity has been found in gay people as well as older people. A large percentage of people of all ages—including the elderly—show a preference for the young over the old.

We take in the prejudices of our culture. Even people who espouse egalitarian, inclusive values fall prey to implicit prejudice, including racism.

Nature and Nurture: Biology and Culture in Prejudice

Dividing the world into us versus them, and being on guard for danger, does seem built into our brains. Babies prefer the familiar from their earliest days, an apparently innate tendency. But culture plays a huge role as well. It’s not that we are born preferring white over black; we learn that through cultural experience, including media exposure.

A compelling body of research shows a link between unconscious biases, such as negative views of black people, and discriminatory behavior—even in people who hold egalitarian, non-racist views at a conscious level. This includes discrimination in hiring, housing, and provision of medical care, even in the emergency room.

Us versus them is alive and well. Demagogues feed on our innate fear of the other.

Decades ago, racist attitudes against blacks were openly expressed by many Americans in straightforward interview techniques. That is no longer the case; it is no longer acceptable to spout racist beliefs in the U.S. But the IAT reveals prejudice still exists, in a hidden, underground form, with real-life (and at times tragic) consequences. And today we are seeing an surge in overt racism and anti-ethnic fears around immigration in general and Muslim people in particular. Us versus them is alive and well. Demagogues feed on our innate fear of the other.

This page contains at least one affiliate link for the Amazon Services LLC Associates Program, which means GoodTherapy.org receives financial compensation if you make a purchase using an Amazon link.
As the creators and researchers of the IAT note in their book Blindspot: Hidden Biases of Good People, we are not doomed to be driven by our unconscious biases. We can draw on our higher brains and connect with our values, choosing not to act on our instinctual fears and assumptions. Knowing our prejudices allows us to step back and make a different choice, so we can behave in accordance with our higher beliefs. Our discomfort at our implicit prejudice can help us be more thoughtful in our behavior.

As our culture changes and pervasive messages shift, our biases can shift, too. A recent study showed a significant lessening in implicit bias against gays and lesbians in the U.S., reflecting our shifting values, including the Supreme Court’s ruling on same-sex marriage.

And positive experiences with African-Americans, whether in real life or in experiments, can significantly reduce racial prejudice. Unchecked prejudice leads to discrimination, overt or subtle. The research on implicit prejudice is distressing to people who hold egalitarian values but finds they, too, have unconscious preferences. As uncomfortable as this makes us, facing ourselves and our inner biases can be the first step toward transforming them and acting according to our higher ideals.