Belief that DNA Determines Weight May Be Unhealthy 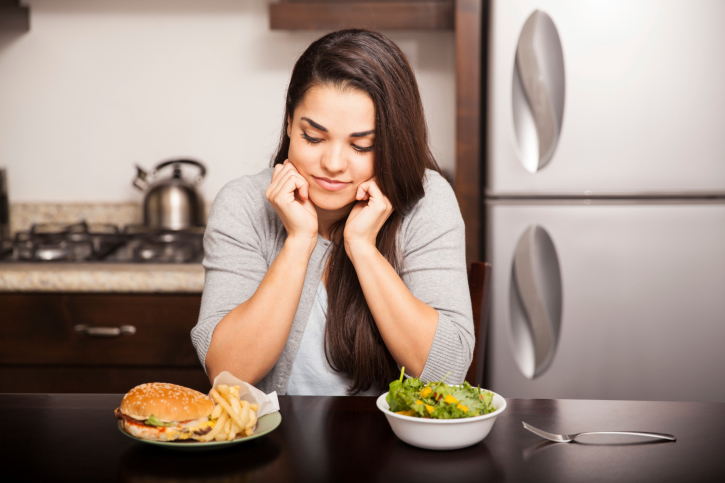 Belief in a genetic link to obesity is highly debated among researchers, but a new study published in Health Education and Behavior claims that belief may undermine healthy eating. More than a third (35.7%) of Americans age 20 and older are medically classified as obese, indicating a Body Mass Index of 30 or higher.

How Beliefs About Genetics Can Change Behavior

Researchers used data from 4,166 men and 4,655 women who participated in the National Health and Nutrition Examination Survey in the 2007 to 2010 iterations. Participants who believed that weight is more determined by genes than by controllable factors, such as diet and exercise, were more likely to adopt poor eating habits.

As people aged, this correlation became more pronounced, with older participants more likely to believe in a genetic link to obesity and less likely to adopt healthy eating habits. The study found no difference between men and women regarding attitudes toward obesity or eating habits related to those attitudes.

Genetics and Obesity: a Complex Link

Some research supports the notion that genetics affect the risk of obesity. A 2015 study found that deficiencies in the hormone carboxypeptidase-E—which scientists believe helps control appetite, insulin, and other reproductive hormones—may increase the risk of obesity and type 2 diabetes. Another 2015 study found that animals that eat a healthy diet can still become overweight if their ancestors faced food shortages, because such shortages can lead to genetic adaptations that alter the way the body stores fat.

Many people may believe genetic traits cannot be changed. This might be why those who believe obesity is genetic are less likely to change their habits. A 2012 study of 7,740 women and 4,564 men found that lifestyle choices can alter the genetic risk of obesity. Specifically, researchers determined that those genetically predisposed to obesity were less likely to become obese if they took a brisk one-hour walk each day.