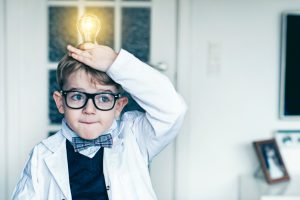 Children who believe intelligence can change with effort may bounce back more quickly from mistakes, according to a study published in the journal Developmental Cognitive Neuroscience. The study found a “growth” orientation toward intelligence enabled children to pay closer attention to their mistakes.

Researchers assessed 123 school-age children with an average age of 7. The children took a computer test while event-related potential (ERP) tests measured brain activity. The test asked the children to help a zookeeper locate lost animals by pressing a key when an animal appeared. If a group of orangutans appeared, the children were supposed to avoid pressing the key.

Within a half second of an error, children’s brain activity increased, suggesting the brain focused on understanding the error. Children with a growth orientation toward learning had greater brain responses after an error. This suggests their brains paid closer attention to the error, allowing them to better understand the mistake. These children were also less likely to make the same mistake again, suggesting the increased brain activity improved performance.

Taken with the current study, this research suggests a parent’s views about failure may affect a child’s performance by swaying the child’s philosophy of intelligence.