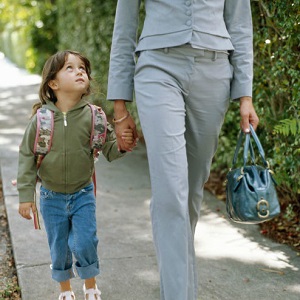 An unrealistic body shape has become the standard by which all celebrities measure themselves. When Demi Lovato bared her new and significantly fuller body at the MTV Video Music Awards, many were pleased to see that her treatment for eating problems seemed to be working. She looked vibrant and vivacious. Some tweeted she looked amazing. Others commented how she looked beautiful and healthy. And others said she was fat.

Demi fought back through Twitter. But as much as I admire this young starlet for defending her physique, I feel that her comments have fallen on a deaf generation. Even though many tweeters think she looks fantastic, they may detest their own “normal” sized bodies. The young girls that support her recovery and are glad to see her back in the limelight may be the same young girls that hoard a stockpile of laxatives and spend fifteen minutes after each meal in the bathroom.

This unattainable ideal is nothing new. For those who are old enough to remember, stars such as Calista Flockhart, Courtney Thorne-Smith, and Lara Flynn Boyle rode the wave of infamy for their skeletal frames long after their hit television shows stopped running. Pop stars such as Mariah Carey and Jessica Simpson, who are in no way obese, have been ridiculed for years about their fluctuating figures. Many celebrities refuse to have their real bodies portrayed in the magazines our little girls fixate on unless they are air-brushed to perfection.

I don’t need to discuss the effect this has on our young women; we’re all smart enough to realize what it’s doing. But it is very sad to face the fact that despite all of the attempts of professionals and organizations that try to promote healthy bodies, the problem still exists. The young girls today want to be famous, just like all the actresses they see on television. They want to have a number one album and live the life Nickelback described in their hit song “Rockstar”:

“Cause we all just want to be big rock stars
Live in hilltop houses, drivin’ fifteen cars
The girls come easy and the drugs come cheap,
We’ll all stay skinny ‘cause we just won’t eat.”

The sad truth is that even if our daughters start out innocently idolizing these images, they may quickly find themselves unable to control dangerous and even deadly eating habits. They may experience this for years, like Lovato, who said she struggled with food issues for six years. As a matter of fact, many of them already do. The National Association of Anorexia Nervosa and Associated Disorders (ANAD) reported that over 80% of ten year-olds worry about gaining weight and becoming fat. That’s 8 out of 10. That’s nearly every little girl that was at my daughter’s birthday party. That’s so sad. And unfortunately, as they age, girls continue to distort their idea of the perfect body. According to ANAD, half of teen girls express a desire to lose weight to appear more like the figures they see in the media.

I wish that our culture focused more on the truly healthy women in our society. Red carpet divas like Posh Beckham, and rail-thin, plastic-part people like Heidi Montag receive coverage when they sneeze. Yet the 21 beautiful, athletic, strong, and—dare I say it in print—healthy women from the US World’s Cup women’s soccer team had to achieve the near impossible to be heralded as icons and capture the attention of our youth. Right now, if you ask a 12 year-old girl to name one of the players, she probably can’t. But, I bet she knows what Miley Cyrus got caught smoking and what dress size Selena Gomez wears.

Don’t get me wrong, I’m not condemning every thin woman in the spotlight. Many are just naturally thin and very physically fit, like Jessica Biel and Michelle Pfeiffer. But far too many of today’s stars make a conscious effort to become something that they are not, in order to compete and be accepted. And sadly, these stars strongly influence our children’s perceptions. It is our job as parents and caregivers to teach our kids, through our actions, not just words, that the super-svelte images they see are often fictitious and fabricated. It is our responsibility to show them that it is perfectly okay to have a piece of chocolate cake and truly enjoy it, without worrying about weight.

It is our obligation to teach our children that beauty is a result of many attributes, not merely physical ones. Peace, happiness, altruism, meaning, purpose, and love are all elements of beauty. I don’t know about you, but I’ve never heard of a weight loss program that guarantees that if you cut out carbs or eat cabbage for a week, you will be happier. And isn’t that what it’s all about? So Demi, I think you look fabulous, healthy, and happy. You go girl!