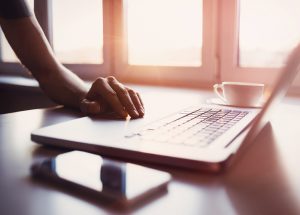 Requiring Internet users to post comments under their real names won’t stop trolling and bullying, according to a University of Zurich study published in PLOS ONE.

A number of legislators have called for bans on online anonymity, citing concerns about threats and harassment. As of yet, no laws force Internet users to reveal their identity, and the United States Supreme Court has repeatedly ruled that anonymous speech is a First Amendment right, though it has not addressed the issue of anonymous online speech.

A number of websites now require users to make an account, log in through a social media site, or provide contact information in order to post comments. Others have, in an attempt to reduce online harassment, removed comments altogether.

To assess the effects of anonymous Internet speech, researchers looked at more than 500,000 comments left by users on 1,612 online petitions posted between 2010-2013 on the German site OpenPetition. The site requires users to register and provide an address before signing a petition. Users who sign petitions can choose to post under their real names or to anonymously post using only their zip codes.

Findings of the study showed that, contradictory to what many believe about aggressive online behavior, people who posted by giving a name were no less likely to behave aggressively than those who posted anonymously. Further, in the context of online firestorms, they were often more aggressive than those who remained anonymous. Researchers acknowledged the possibility that aggressive commenters had used a pseudonym but used social norm theory to help illustrate why they believed these commenters had a higher motivation to be non-anonymous. Further, many so-called “Internet trolls” choose to use their real names in order to gain followers and more easily persuade others to their views, according to the University of Zurich study.

The study’s authors theorize that a number of factors may contribute to the willingness of Internet posters to post hateful speech, even under their own names. Some may be reacting to transgressions of moral norms by other people and feel morally obligated to speak out against those transgressions. Online bullies may also assume they will not be held accountable for their actions (reasonably so, as often they are not), particularly when many other posters are also posting hateful comments.

According to 2010 research by the Cyberbullying Research Center, between 10.9% and 29.3% of middle-schoolers report experiencing bullying online. Cyberbullying can lead to low self-esteem, depression, and anxiety, among other concerns.

A number of high-profile suicides, particularly of teenagers, have been linked to online bullying campaigns. In May, GoodTherapy.org reported on a study that identified bullying as a key risk factor for child suicide, and research has shown that victims of cyberbullying were almost two times as likely to attempt suicide as those who were not victims of cyberbullying.