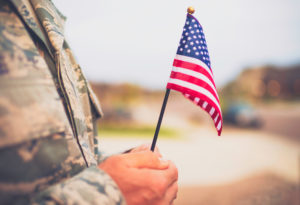 In the summer of 2017, President Donald Trump announced via Twitter that transgender soldiers would no longer be able to serve in the military. His announcement raised questions about what would happen to transgender service members currently on duty. Many people wondered how the ban would affect insurance for transgender health services.

In October of 2017, a federal judge in the District Court for the District of Columbia temporarily blocked the transgender service ban. The judge determined the ban was likely motivated by a general disapproval of transgender people and was therefore unconstitutional.

In March of 2018, President Trump released a memo altering the terms of his proposed ban. He announced trans soldiers currently in the military could continue serving. However, the military could require them to serve under the gender they were assigned at birth.

According to the White House memo, “…transgender persons with a history or diagnosis of gender dysphoria—individuals who the policies state may require substantial medical treatment, including medications and surgery—are disqualified from military service except under certain limited circumstances.” The memo gives the Pentagon discretion to deviate from the rule.

The APA’s Response to the Transgender Ban

On March 26, 2018, the American Psychological Association (APA) released a response to President Trump’s ban. The statement said attempts to ban transgender soldiers from the military promoted stigma and discrimination.

“The American Psychological Association is alarmed by the administration’s misuse of psychological science to stigmatize transgender Americans and justify limiting their ability to serve in uniform and access medically necessary health care.”

“Substantial psychological research shows that gender dysphoria is a treatable condition, and does not, by itself, limit the ability of individuals to function well and excel in their work, including in military service. The science is clear that individuals who are adequately treated for gender dysphoria should not be considered mentally unstable. Additionally, the incidence of gender dysphoria is extremely low,” said the statement in part.

A 2008 resolution by the APA’s governing Council of Representatives supports full equality for transgender people.

Research on Transgender Troops in the Military