Making Art Is Not Enough 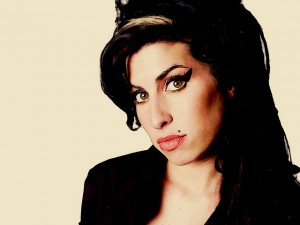 If a creative outlet were enough, we wouldn’t read tragic stories about talented artists such as Jean-Michel Basquiat, Amy Winehouse, and Kurt Cobain. These great talents passed away because they succumbed to their demons. These demons were mental health conditions, or “disorders,” as listed in the Diagnostic and Statistical Manual of Mental Disorders, published by the American Psychiatric Association.

Amy Winehouse said that she dealt with her challenges by turning her life into her songs. The chorus of her famous song “Rehab” included the line,”They tried to make me go to rehab, I said no, no, no.” Her demons, as a matter of public knowledge, included substance abuse and addiction.

Demons are seductive: they can be difficult to manage and sometimes we let them consume us. Winehouse was particularly vulnerable because she did not develop healthy boundaries with her demons. She expressed her life experiences as lyrics. She went into her experiences alone. Although she shared them with thousands of fans, she became trapped and isolated with her own darkness.

Kurt Cobain was quoted as saying, “I bought a gun and chose drugs instead.” Was he intentionally communicating suicidal ideation? Were his words a self-fulfilling prophesy? Were they a call for help?

Kurt Cobain’s artistic expression and talent alone were not enough to save him from self-destruction. Outnumbered by a million strangers, he was alone and not alone at the same time. Cobain’s lyrics were expressed to a large audience who were helpless to aid him. The relationship between himself and his audience was one of an individual preaching to a mass. That mass of people had no venue to communicate back to him, except by purchasing tickets and CDs.

The relationship of one person to a crowd is a one-way street. His self-destructiveness was applauded. His audience identified with him. Cobain might have benefited from finding a professional who could see through the talent and self-destruction to the vulnerable human. He needed a relationship that offered honesty and feedback that, if he were open to it, could have helped set his life on a less destructive path.

Jean-Michel Basquiat was a prolific artist who suffered demons of substance abuse and possibly manic depression as evidenced by mood swings, impulsivity, grandiosity, hypersexuality, and mania. Jean-Michel Basquiat was quoted as saying that he feared that he was going to be a bum for the rest of his life. He also reportedly said that since the age of 17, he had a romantic notion that he would become a star like Jimi Hendrix or Charlie Parker.

Many have speculated that his artwork contained symbols of ritual and signs of his mental illness. Creating art itself did not provide a cure for Basquiat’s demons. It may have led to insight and self-awareness but his art alone could not transform suffering into healing. It appears that the manic side of his disorder was seductive, allowing him to channel manic energy into the production of his artwork.

The Stages of Art Therapy

The next step is to use the creative process as a communication tool. In this step it is important for the client to explore the meaning attached to an artwork. Reflecting on one’s artwork can facilitate useful discussion about the context that the artwork was made in and the experience of making the artwork. For example, if Basquiat produced what he considered his best work while on heroin, the therapist would have gained useful information in the connection between his creative process and his demons.

After reflection is the integration of these experiences. For example, if drugs were used to mask painful childhood experiences that were never processed or integrated, this step would allow for that to happen. With knowledge and understanding of one’s life circumstances, a person can choose to make change.

The final step in treatment is to identify disadvantageous behaviors, understand the reasons for those behaviors and then take action to replace them with new, more effective behaviors. The arts often attract people who have painful experiences to process. The problem is that making art alone does not transform emotional pain and suffering into well-being.