Are Some Officers Unconsciously Racist? And Other News 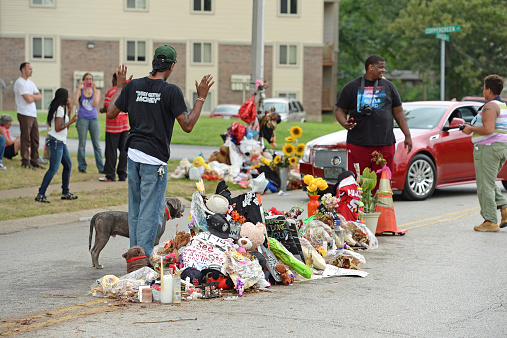 In the wake of grand jury no-bills against Darren Wilson and Daniel Pantaleo, the police officers accused of killing Michael Brown in Missouri and Eric Garner in New York, discussions of race and racism have grown increasingly contentious. In an article on why police officers shoot young black men at disproportionately high rates, Mother Jones explores how racism can be a subtle phenomenon that changes lives even when perpetrators don’t consciously behave in racist ways.

One explanation is implicit association. Black people are often portrayed in the media as dangerous criminals, and this can affect all people’s assumptions. The Implicit Association Test is one way to measure implicit racial bias. Even if you have no conscious racist feelings, you may be surprised to see that you are unconsciously racist. Implicit associations are built upon our tendency to categorize people. When it comes to race, though, it’s possible to accidentally categorize people of one race as bad or dangerous.

Many former professional football players struggle to find a new identity when they retire from the game. Former Saints player Boo Williams reports that he experienced anxiety, depression, and suicidal thoughts after leaving the sport. Williams argues that the repeated blows of professional football—which has long been criticized for its handling of player’s concussions—worsened his symptoms. Following a suicide attempt in 2011, Williams has become a mental health advocate for former NFL players.

Rape prevention activists are increasingly emphasizing the importance of affirmative consent. Affirmative consent requires each person engaging in a sexual interaction to consent to the act, which is a departure from the standard “no means no” strategy. Now New Jersey is looking into such as “yes means yes policy” for colleges. The proposal would require colleges to define what constitutes affirmative consent in an effort to stem the tide of college rapes.

Stanford linguistics professor John Rickford, a well-known expert on the African-American Vernacular English (AAVE), argues that racial prejudice may have affected court rulings in the Trayvon Martin case. Rachel Jeantel, a friend whom Martin called during a portion of his interaction with George Zimmerman, was lambasted in the media for her mannerisms and expressions. Rickford, though, argues that Jeantel’s demeanor marked a cultural difference that, due to their unfamiliarity with AAVE, caused the jury to discredit her.

According to a study that evaluated outcomes for 1,125 children referred to Child Protective Services, both boys and girls suffer due to parental violence. While girls who witnessed violence were more likely to struggle with social skills, boys who came from violent homes were more likely to behave aggressively. This aggression undermines social development, which means that ultimately both boys and girls who witness family violence struggle with social skills.

According to a new National Center for Health Statistics data brief, at any given time depression affects almost one in 12 Americans, or 8% of all adults. Only about a third of people facing depression seek help, though.

Transgendered students—those who feel they don’t ‘fit’ with their assigned gender or who do not embrace a traditional identity—are often left out of school sports because these sports are typically segregated along gender lines. The Minnesota State High School League, though, is currently drafting a policy that would allow trans students to select their sports teams based not on assigned or biological gender, but on their gender identity.