Are Online Matches the Fastest Way to the Altar? 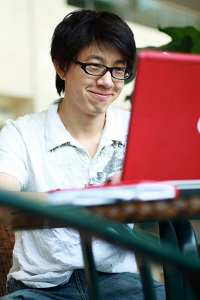 According to the results of a somewhat controversial study, people who meet online are more likely to later wed and are happier than couples who meet offline. The study was led by John Cacioppo, psychologist and director of the University of Chicago’s Center for Cognitive and Social Neuroscience. Cacioppo is also on the Scientific Advisory Board of eHarmony, the organization that funded the study. However, Cacioppo insists that his research, which involved over 19,000 couples who met and married between 2005 and 2012, was not influenced by his affiliation with eHarmony.

Eli Finkel, a social psychologist with Northwestern University, seems to agree with the results, although he does believe the findings may be somewhat biased to favor dating websites. “Does this study suggest that meeting online is a compelling way to meet a partner who is a good marriage prospect for you?” asks Finkel. “The answer is ‘absolutely.'” But he cautions that all of the research on the topic is still in its infancy and despite the high numbers of online relationships that end in marriage, more marriages still begin with people who meet offline.

Michael Rosenfeld, a sociologist at Stanford University in California also agrees that the findings are within reason. In fact, Cacioppo’s study revealed that nearly one third of all marriages now begin with online matchmaking, a finding that is only slightly higher than the 22% that Rosenberg reported in his own research.

With regard to the claim that online marriages are happier than offline marriages, Rosenberg and Finkel believe the verdict is still out on that one. But Rosenberg did offer further support for the trend toward online matchmaking by adding that his most recent review of nearly 1,000 couples showed that marriage rates were twice as high for the online couples when compared to the couples who met offline. When we consider all of this information, it appears that marriages are still the result of two people finding each other and falling in love, online or off.