Are Nice People More Likely to Hurt You? 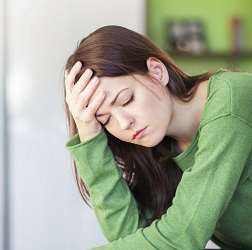 Common sense suggests that mean-spirited or aggressive people are more likely to hurt others. Results from a new study examining the willingness of study participants to obey an authority figure who told them to harm another person suggest that it could actually be nice people who are more likely to follow unethical orders.

The new study was based on one of the best-known psychological studies, the Milgram experiment. Stanley Milgram devised the experiment to study obedience to authority in order to gain a better understanding of why so many German officers willingly carried out Nazi atrocities. Research subjects were told that they were participating in an experiment about learning. They instructed a “learner” on a specific topic and were told to shock the learner if he or she got a question wrong. An electric shock dial clearly noted that the shock would cause immense pain and, if the dial were turned up all the way, could result in death.

Subjects occasionally hesitated about shocking the learner, but researchers goaded them into continuing with the experiment by administering the shock. Despite hearing fake screams and pleas for mercy, the majority of subjects were willing to administer the highest possible shock. The study is widely interpreted as evidence that many—and perhaps even most—people will inflict harm on others if an authority figure tells them to do so.

Contemporary researchers wanted to know whether Milgram’s results would still hold true and how personality might affect a subject’s willingness to shock another person. They recruited 66 subjects and gathered information about the subjects’ personalities and political viewpoints. They repeated the Milgram experiment, and a significant portion of the participants were yet again willing to shock a stranger.

Researchers reviewed personality data and concluded that people viewed as nice, agreeable, or conscientious were more likely to shock a stranger. A right-leaning political orientation also increased their willingness to obey authority figures. Conversely, contrarians and people with left-leaning political sensibilities were more likely to object to the experiment and refuse to shock another person.

This doesn’t necessarily mean that nice people are more violent, though. Instead, it suggests that they’re more willing to defer to authority—a trait that, in some historical circumstances, has led people to turn a blind eye to atrocities, or even to commit atrocities of their own.