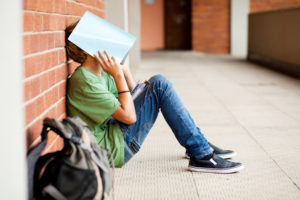 Energy drinks have increased in popularity, and use among young people—from children to teenagers—is high. Sales of energy drinks are climbing worldwide, even surpassing traditional sports drinks. Energy drinks are typically marketed as healthy, performance-enhancing beverages; however, it’s unclear how safe these drinks are for youth. A recent review by Curran and Marczinsky (2017) sought answers to this question.

What’s in an Energy Drink?

Most energy drinks are sweetened, carbonated beverages that have as much or more caffeine than a cup of coffee. Some have more caffeine than five cups of coffee. (For perspective, an 8-ounce cup of coffee typically has between 80 and 180 milligrams. A 12-ounce can of cola has 29 milligrams of caffeine.) Energy drinks are marketed as ways to enhance alertness, physical energy, and stamina. In addition to sugar and caffeine, they frequently contain dietary supplements such as ginseng, vitamins, guarana, the amino acid taurine, and other additives.

What Are the Potential Health Risks of Energy Drinks?

The stimulating effects of energy drinks can lead to elevated heart rate and blood pressure. Although much of the concern regarding young people’s consumption of energy drinks has centered on the potential for cardiovascular health problems, newer research is focused on assessing whether these drinks pose risks to the developing brain. And although caffeine in the correct dose under the right circumstances can be neuroprotective, in excess it is neurotoxic. Many people are unaware that caffeine in particularly large amounts is dangerous and can even be lethal. Even in lesser doses, caffeine can cause insomnia, digestive upset, and irritability. Furthermore, fatigue in children and young adults can signal the need for increased rest rather than chemical stimulation.

The bottom line is that although caffeine and taurine can be helpful in specific circumstances, the current science suggests that young people are better off limiting or avoiding energy drinks and other caffeinated beverages.

Other concerns about energy drinks include the amount of taurine per serving, which may exceed the amounts normally consumed in a given day via food several times over. Taurine is considered a nonessential amino acid for humans, and there are potential risks from over-consuming taurine. When combined with caffeine, the cardiovascular risk is greater.

Yet another issue related to energy drinks is that young people often combine them with alcohol. The research to date has found an increased risk of binge drinking and alcohol dependence in those who combine energy drinks with alcohol.

Although taurine can be neuroprotective in older mammals, there is some evidence that adolescent and young adult mice who are exposed to high levels of taurine may have impaired learning and memory. Rats treated with both taurine and alcohol showed a greater preference for alcohol. In addition, high taurine consumption was linked to increased alcohol consumption in female mice. In another study, mice receiving energy drinks combined with alcohol experienced increased anxiety.

The bottom line is that although caffeine and taurine can be helpful in specific circumstances, the current science suggests that young people are better off limiting or avoiding energy drinks and other caffeinated beverages. More research is needed to better understand when and if these substances are helpful for developing brains.