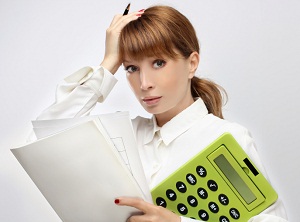 Anger is a powerful and difficult emotion for people who have not yet learned anger-management skills. Some people do not feel their angry feelings because they were taught that it wasn’t nice to get angry. Or perhaps they grew up afraid of someone’s anger or rage and decided to repress their own. Others get angry very easily and often. Sometimes feeling angry replaces other feelings such as fear or sadness – more vulnerable emotions.

Marci is a thirty-two year old woman with two small children. She grew up in a home where her mother was dominated by an angry and volatile husband. Marci and her mother were often afraid of triggering his anger and learned how to be quiet and submissive. Her own anger scared her because it reminded her of her father’s temper. Now when she feels annoyed with one of her children she doesn’t experience annoyance; instead she experiences bodily symptoms that she interprets to be anxiety and fears that a panic attack may follow. Marci needed to learn to let herself feel her annoyance or anger and respond in a way that is appropriate to the situation. She did this by separating herself from her child for a short time, taking a few deep breaths, and asking herself what she was really feeling. It didn’t take long for her to realize it was anger and not anxiety or panic.

Mark is a forty year old man whose relationships with his family and colleagues were often marked with tension. He would get irritable and short-tempered in situations where that response wasn’t warranted. Growing up as the eldest son in a family with three younger siblings, Mark was given lots of responsibilities around the house. His father died when he was fifteen years old and his mother needed help in caring for his siblings and running the household. There wasn’t time for him to feel the grief of the loss of his father and the new burdens this created for him. He was now the “man of the family” and had to suppress his feelings and needs. As an adult, the obligations of his life often felt like burdens to him and he was sullen and irritable a good part of the time. Mark was afraid to let himself feel what was going on inside him–the fear and grief created by his father’s death. In therapy, as he got in touch with these feelings, his anxiety would rise. For Mark the frequent anger was a defense against these deeply held emotions.

If you identify with either of these dynamics it would be helpful to learn what is now called “emotional intelligence”. Whether you are often anxious or angry, first calm yourself in a manner that works for you and then ask yourself what may be going on deeper inside of yourself.