Among Young Adults, Energy Drinks Linked to Later Cocaine Use 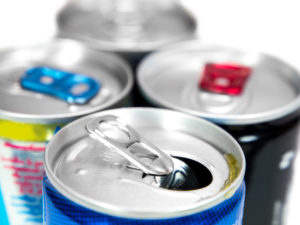 People between the ages of 21 and 24 who consume energy drinks are more likely to use cocaine and abuse prescription stimulants at age 25, according to a study published in the journal Drug and Alcohol Dependence.

The study also found energy drink use fell between ages 21 and 25.

The study followed 1,099 participants beginning when they were 18-year-old college students. Researchers conducted annual assessments of participants’ use of energy drinks and other substances.

By age 25, members of the persistent and intermediate trajectory groups were significantly more likely to use cocaine or to abuse prescription stimulants for non-medical reasons. Even after researchers accounted for other factors that predict substance abuse—including demographics, prior substance abuse, sensation-seeking behavior, and caffeine consumption—energy drink consumption remained the most significant predictor of stimulant abuse.

The study found no correlation between either marijuana or tobacco consumption and later stimulant abuse.

More research is necessary to explore the link and understand other potential risk factors.