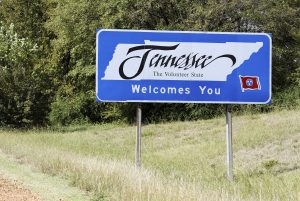 The American Counseling Association (ACA) announced Tuesday it is canceling its 2017 annual conference in Tennessee. The cancellation is in protest of a newly enacted law that would allow counselors to refuse to treat people based on “sincerely held principles.” Opponents of the legislation say it is an anti-LGBT law masquerading as protection for religious freedom.

“Of all the state legislation I have seen passed in my 30 years with ACA, the new Tennessee law based on Senate Bill 1556/House Bill 1840 is by far the worst. This law directly targets the counseling profession, would deny services to those most in need, and constitutes a dilemma for ACA members because it allows for violation of ACA’s Code of Ethics,” Richard Yep, CEO of the ACA, said in a press release.

Yep said relocating the annual conference to a different location would allow ACA to stand up to what the organization believes is a discriminatory law.

The bill, which is widely viewed as part of the backlash against LGBT populations, originally stated that counselors could refuse to treat people whose goals or behaviors conflict with “sincerely held religious beliefs.” An amendment to the bill changed the wording to “sincerely held principles,” allowing for a broader interpretation of when such treatment refusal is acceptable. Tennessee Gov. Bill Haslam signed the bill into law on April 27, 2016.

Because of the bill’s broad wording, it would allow therapists to decline treatment to people on the basis of a broad variety of personal and idiosyncratic principles. For example, a therapist might refuse treatment to a war veteran with posttraumatic stress based on the therapist’s opposition to military policy, according to Art Terrazas, director of government affairs for the ACA.

How the Law Affects the Mental Health Profession

Therapists have never been forced to treat everyone who seeks assistance. Mental health professionals routinely refer people to other professionals when they are too busy, feel unable to help the person, or are concerned about how their work with someone might affect their own lives. As a result, opponents say Tennessee’s law does not address a safety need or ensure professional competence. Instead, it may put vulnerable populations on notice that they may be subject to discrimination from mental health professionals.

A therapist could abandon a client of many years based solely on the person’s sexual orientation. The ACA and other organizations say this could prevent people from seeking treatment. It may also inhibit someone’s willingness to disclose their sexual orientation to their therapist. In rural areas where there are few mental health professionals, a therapist’s decision to decline to treat someone could render treatment inaccessible.

Therapists routinely treat people whose behavior conflicts with their own values. Many people seek therapy because they may be troubled by their behaviors, such as gambling, infidelity, or shoplifting, among others. Opening up the possibility for therapists to decline treatment based on behavior they dislike could undermine access to therapy well beyond LGBT populations.

Tennessee is currently the only state that allows mental health professionals to deny treatment based on belief systems.