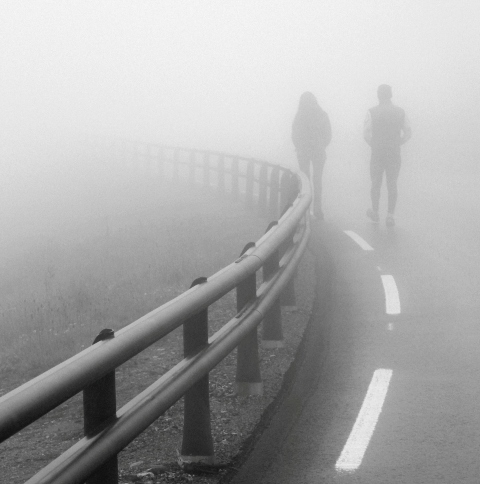 Coping with an affair is one of the greatest challenges a couple might face. Some people choose not to try to cope and instead leave the relationship feeling devastated by unprocessed anger and hurt. Others choose to stay and find answers, potentially leading to reconnection and rediscovery.

When a person finds out that his or her partner has strayed, feelings of betrayal, confusion, and abandonment may cast a painful shadow over everyday life. It takes time to reestablish trust. If both partners are committed to making the relationship work, it is possible to make a full recovery from an affair.

As a couples therapist, I’ve watched couples go through a five-step process while working through this difficult time. The process works. But to fully heal, you and your partner must go through each step together.

At each step, you will peel back the layers of your relationship, discussing what happened leading up to the affair. As you dig in deeper, you may realize that there were issues in the relationship and individually that contributed to the affair. Keeping these issues in mind will guide you as you address the real sources of the problems.

Use each step below to guide your discovery of the true sources of problems in your relationship. The steps do not necessarily happen in order. However, each one is necessary and fundamental to the healing and rebuilding of your life together.

Before you can move forward, both people need to make the choice to remain in the relationship and work through things. It won’t be easy. It is imperative that the person who had the affair apologizes, and that the offended partner offers forgiveness.

The person who was cheated on must forgive the affair. It’s this forgiveness that will allow reconnection to happen.

Both partners must feel committed to each other. This commitment is significant as you move through the healing process.

Demonstrate your commitment of patience and time by listening to and openly communicating the “how” and “why” of the affair. Reassure each other that you will figure out how your relationship got to this point.

The goal is to discover the underlying factors and triggers that contributed to the affair. Some couples find the affair was a symptom of growing apart. Others find the affair stemmed from feeling disconnected and distant. Regardless of the reason, open communication and commitment to each other is necessary for getting to the root of what caused the affair.

Grief and sadness are natural feelings after an affair. Experiencing and expressing the pile of emotions you’re going through is part of the healing process.

Allow the offended partner to express these feelings of betrayal and the emotional impact of the affair.

Through all the pain and emotion, both partners will eventually need to take ownership of the underlying issues that caused the affair.

Through all the pain and emotion, both partners will eventually need to take ownership of the underlying issues that caused the affair. In this stage, you will both awaken and recognize that the affair was a symptom of a problem, or problems, in the relationship.

As you work on repairing the underlying issues, you will rebuild trust and create a new sense of security and safety. Feelings that were never expressed may float to the surface. Issues that were never discussed will become a new part of the relationship.

It’s during this stage that physical intimacy may be rekindled and emotional intimacy restored. The offended partner must feel reassured that he or she is still attractive and desirable to the partner who had the affair.

It’s hard to recover from an affair, but with a lot of work, commitment, and dedication, your relationship can grow as a result of the experience. Once you’re able to move past the hurt and pain, you will have a solid, more evolved partnership. The work is well worth it, and partnering with a therapist is a great place to start.