Addressing a Misconception in Body Psychotherapy 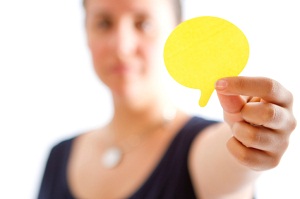 Oddly enough, a recent ant bite has got me thinking about human behavior and psychotherapy! The little guy lived in the dessert where survival skills are paramount and he got me a good one, it hurt like the dickens for about 5 minutes. Then I forgot about it. But days later the site around the bite was swollen in a circle nearly 3 inches across. It was hard, and hot and itched- itched- itched- itched- itched. Scratching made it itch even more. Scratching also tore up the skin that was stretched tight over the inflamed tissue which could cause problems of a different nature.

You see the problem isn’t in the skin; the problem has to do with the poison that was now trapped in my system. In severe bites or severe reactions this can affect every major system of the body, the cardiovascular system, the respiratory system, and on and on. Luckily I wasn’t dealing with any of that, my body was just having difficulty clearing the venom out of the system. But the problem wasn’t with my skin, that is merely the surface layer where symptoms of what is underneath show themselves; and herein lies my analogy to human behavior.

Often we have things on the surface level of our lives that are reactions to something deeper. Acting out or reacting merely complicates things. With my ant bite, scratching and breaking the skin could leave me open to infection, it creates scars, and also can cause cellulitis. This possibility of causing damage in an area where there really isn’t a problem is also sometimes true of behavior geared to “scratching our itch”. For instance when we are mad it is not helpful to act it out. However, it may be helpful to find a non-violent way to communicate about it. But as conscious humans we can go even further and notice if we have a pattern of anger issues in our life. Are we constantly discharging and never finding lasting relief? It may be that there is venom in the system left over from some old “insect bite” that needs to be attended to. We need to learn how to detoxify the system at a deeper level and to avoid causing more problems on the surface.

In the past, in some body-oriented therapies, doing extreme cathartic work was common. Primal Scream therapy, and early on in bioenergetics and core energetics the catharsis was of great importance. But the catharsis, when used, should only be a means of understanding the energy that we carry within us, energy that we often hide from ourselves and from others. Once we understand the capacity we have, and our many coping skills, we realize that no good can come from reaction-based behavior. Noting the times that our (ant) bites weren’t attended to, witnessing our pain from this safe adult vantage point, and bringing attention to the patterns and reactions in the present that stem from those past experiences goes a long way toward detoxification and healing without generating more surface scars.

This applies not just to anger but to whatever pattern is interfering with our life, depression, patterns of staying in relationships that aren’t good for us, anxiety, care-taking behavior; all of these may have an origin that isn’t apparent on the exterior. When we go through the body we have an additional way of accessing and understanding the physiological aspect of our experience and this gives us an advantage in multidimensional healing and long lasting change. Opening the physical system through exercise and expression can be a lot of fun, but we must be careful not to indulge in or mistake the cathartic experience as the cure. It is not the cure, but sometimes it is an important step in learning about ourselves. When my ant bite was inflamed, putting a cool cloth on it was soothing and gave me temporary relief. It allowed some relaxation in the tight tissue which meant the poison could begin to break down and move out of the system. Drinking a lot of water also helped flush the poison out of my body. Careful attention and soothing treatment is also the key to good body psychotherapy!