7 Behaviors That Are Killing Your Marriage 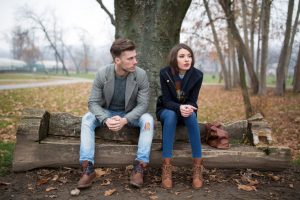 When warm and sweet feelings turn cold and sour, when the paradise transforms into a living hell, and when the feeling of love has faded away, you know your relationship has become toxic and dysfunctional. With high divorce rates, more and more people are questioning the institution of marriage. Factors such as infidelity, midlife crises, and financial differences can test even the strongest unions, but how you communicate with your partner can be just as important.

If you feel like your marriage is deteriorating, it is time for some reflection. What attitudes and behaviors are detrimental to the marriage? Below, I will discuss seven damaging behaviors that can dramatically impact your relationship.

Imagine all your efforts, even constructive suggestions, being met with disapproval and objection by your significant other. Doesn’t feel great, right? Instead of addressing the problems you have with their particular behavior and how it impacts you, you question their personality and values. No one likes being attacked, especially when it comes to their character. Excessive or negative criticism can take a toll on self-esteem and may cause stress, anger, and resentment. When you feel attacked, the hurt may compel you to retaliate toward the complainer or blamer, causing escalation of negative feelings and behaviors.

The silent treatment, withdrawal, distancing, and other examples of lack of cooperation are detrimental to marriages. Aren’t we all guilty of this to some degree? At times, instead of communicating the problem with a partner, we shut them out and refuse to collaborate. We decline to express our needs and prevent our partner from expressing themselves or accessing our internal world. This stonewalling can lead to the building of resentment and other negative feelings in the other person. Physical or emotional detachment acts as a hurdle in communication and hurts the well-being of the relationship.

In his comprehensive research about couples, Dr. John Gottman found out that contempt is the No. 1 predictor of divorce. Contempt is poison for marriages. Behaviors such as disrespecting, cursing, name-calling, and anything else that makes the other person feel bad about themselves reflect contemptuous intentions. Contempt from the person with whom you are supposed to feel secure and protected could put the future of your marriage in doubt.

The Wall Street Journal defined nagging as “the interaction in which one person repeatedly makes a request, the other person repeatedly ignores it and both become increasingly annoyed.” Nagging is a behavior that contaminates a marriage and, over time, has the potential to end it. No one wants to feel like an errant, irresponsible child. Nagging creates distance between a couple and promotes lack of trust and negative energy. When you know it is creating problems rather than solving them, you need to try a different strategy.

Criticism leads to defensiveness, and defensiveness leads to withdrawal. Criticism creates a defensive, self-protective response. It is an intimacy killer that acts as a hindrance in the bond formation. Defensive behavior adds a layer to the already existing problems because no positive result comes out of it. As a shield, many people tend to bring up the past or deflect attention toward something the criticizing partner has done rather than focus on the present challenge. It leads to an “I am right, you are wrong” dynamic and starts a power play.

When couples shut each other out, rather than maturely communicating and resolving the conflict, issues tend to pile up. These tend to burst out during fights as excuses, and further damage the relationship. A lot of couples pretend that everything is okay in order to avoid confrontation. Although it might create peace between the two for the time being, the issue will come up again and again as long as it remains unsettled.

When one partner expects too much from the other, the other may feel like a failure when things do not go right (i.e., “Nothing I do is good enough”). This causes unhappiness and frustration. Yes, it’s important to be expressive and to ask in a gentle way for your needs to be met. Yet even when you ask respectfully, it does not mean you will get what you want. Once you ask for something, it is in the court of your partner. When you are assertive and accepting of your partner and the reality of your relationship, while embracing influence rather than control, you are in a better position to get what you want—but more importantly you may be happier, both individually and as a couple.

Having differences and arguments is normal. How you handle these situations makes all the difference. Self-examination and personal responsibility are necessary to secure the marriage and grow emotionally strong together. Avoid damaging behaviors, inject care and compassion, and create a loving marriage. If you need guidance from an impartial professional, contact a qualified therapist.