6 Essential Elements of a Strong and Healthy Marriage 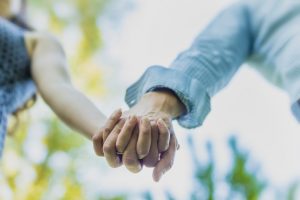 Marriage rates in the United States are declining, according to a Demographic Intelligence report released in May 2015. At 6.74 marriages for every 1,000 people, the current rate is the lowest in a century, and further decline is expected.

Researchers suggest two different interpretations of these statistics, however. While some see this rate as a clear indication that the marriage rate is declining, others suggest that people may simply be postponing marriage until later in life.

For many, cohabitation may have replaced early marriage. In 1982, a study conducted by the National Center for Health Statistics, based on a nationally representative sample of women and men, reported that only 3% of women who lived with a man were unmarried, while 44% of women surveyed were married. The same survey, conducted between 2006 and 2010, found that 11% of women living with men were unmarried, while only 36% of respondents were married at the time of the survey. (The survey only surveyed men and women, and did not report on marriages between individuals of the same gender.) The more recent survey implied that for the first time historically, people were postponing marriage: The probability of a woman being married by age 40, according to the data, was virtually identical across all years.

Though the marriage rate appears to be declining, it is clear that many people still desire to marry. Why is that? Two people living together might just as easily say to each other, “I will be committed to you forever,” and be done. Some partners do commit in this way, without much fuss, but others follow the more traditional ritual of marriage, complete with a ring, a party, an officiator, and crying friends and family members. For many, these traditions are invested with great meaning.

Perhaps a desire to be connected at the core is what propels some people toward marriage. This “core,” something nebulous that can’t be pinpointed or measured scientifically, may serve to represent a level of deeper connection that many people aspire to reach. Some may feel this can only be accomplished through marriage. This idea may lead some who want this connection but fear they will never experience it to avoid seeking it altogether, in order to avoid hurt and disappointment.

But beyond this core, I believe there are six essential elements to any strong and healthy marriage (or long-term partnership). These elements, more than any other benefit of marriage, may be what some people are seeking—and waiting for.

Most of us want to connect with others in some way. Many people consider meaningful connections—whether these connections are with friends, family members, or significant others—to be the most important part of their lives or what they desire most from life. A listening ear, validation, empathy, sharing, and understanding can all be elements of a healthy connection. These elements serve as a basis of establishment as well as the benefits of the connection. This connection is not limited to marriage, however. It can be experienced within the context of a friendship, parent-child relationship, or strong sibling relationship.

A strong connection often serves as a foundation upon which other elements are built. Therefore, when we feel disconnected from our partner, this can be a warning sign, and it might be beneficial to seek the help of a professional in order to avoid losing something fundamental.

Commitment is more than just staying power. In some of the long-term cohabiting couples I have worked with, even couples who have been together long enough to have teenage children, one partner said they felt deprived, in a way, by not having been asked to get married. It seems to me that commitment is the act of choosing a partner for life and, with that act, implying unconditional acceptance of the person—flaws and all.

Cohabiting, like marriage, can end at any time. But I believe the difference to lie in the beginning, not the ending. For some, cohabitation might begin with a sort of shrug, a “Let’s see if we can make this work.” It’s often an experiment. It might be a fun one, but for some, it represents a temporary state of being that will eventually lead to either breakup or marriage, rather than a long-term choice (though of course, some individuals enter a cohabiting arrangement committed to each other, with no plans to alter their arrangement).

A breakup, after which a cohabiting partner moves out, can be painful and difficult. But when a divorce ends a marriage, much of the pain often lies in the rejection of the commitment upon which the marriage was founded.

I do not often see “giving” in Top 10 lists, yet I can’t think of a more important grease to make a marriage run smoothly. Giving, to me, is the tangible show of commitment, of choice, of a deeper attachment than mere friendship. When one partner focuses solely on the self, the other partner becomes an object, not someone who is special and loved.

True giving is unconditional. When we give to get something in return, we are just being selfish in a different way, and this type of giving is unlikely to strengthen a marriage.

A person may also give out of fear of being alone. This type of giving often comes from a lack of self-esteem, or the internal belief, “I am not worthy of love,” and is often characterized by urgency and fear. This “needy giving,” often intended to keep the other partner from leaving the relationship, is typically not an element of love.

Giving, even giving from the heart, doesn’t mean much if we don’t respect our partner. Respect comes from a deep understanding of our significant other, of their thoughts, reactions, opinions, values, and attitudes. Respect for who our partner is may cause us to look forward to their homecoming each night, make it unlikely we feel bored in their company. Our understanding of who our partner is as a person, and our respect for the qualities that make up our partner, often leads to the growth of admiration. This, in turn, may contribute to the feelings of pleasure we experience in our partner’s company.

Respect also might grow when the marriage, or either individual in it, faces a challenge. When a marriage is troubled, when one or both partners have lost their respect for the other due to mistakes, choices they’ve made, or other issues, watching a partner withstand trials, make different choices, and repair their share of the damage can lead to the growth of new respect. This newfound respect may in fact become the soil in which the seeds of love are replanted, even when it seems a marriage is over.

I believe that when there is a solid mutual connection, commitment, giving, and respect, the trust partners have for each other cannot be broken. There would be no reason behind breaking trust, no gain. It is my belief and experience that, for betrayal to occur, there has to be a weak link somewhere. When one partner discovers the other partner is having an affair, for example, it is generally the case that earlier warning signs were missed.

To rebuild a sense of trust when it has been lost, the connection between partners must be reestablished. To facilitate this, both partners must understand their role in the breakdown of the connection. (Both partners have typically contributed in some way to the breakdown of the connection, even if only by not drawing attention to the fact that the relationship was in danger.) This process of understanding, which requires honesty and soul-searching, is unlikely to be quick or simple. Partners must both be honest with themselves and with each other and make appropriate, heartfelt apologies. Open, vulnerable honesty is not only an essential part of the healing process, it is also a necessity for what I have found to be the most important element of a marriage—intimacy.

Most people immediately relate intimacy to sex, when actually, having sex can serve as a way of avoiding intimacy. The most important elements of intimacy are openness and honesty, both of which may require the sharing of things that one is ashamed of. Yet being able to be vulnerable to a partner is the very ingredient that makes the act of sex one of such supreme closeness and, well, intimacy.

The vulnerability of real intimacy can be compared to the thrill of roller coasters: We know we won’t die, but we feel, in the pit of our stomach, as if we might. We are about to give up our very selves, just for a moment, and we could lose everything in that moment. In terms of a partnership, it is in that moment that we are one.

But how do we get there? How do we overcome the shyness, the shame of discussing a father who abandoned the family or a mother who berated us and made us feel small?

To do so, we must develop self-love. We must get to that place where we know we are not our parents, where we no longer believe their abuse. We must love ourselves for who we are and who we can be. This self-love is what can eventually allow us to be open, honest, and vulnerable with another person.