4 Big Ways We Can Change Mental Health Care in America 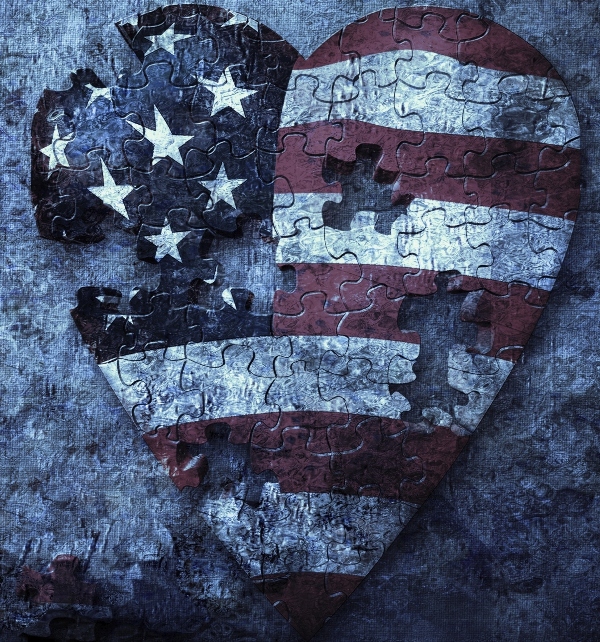 When President Obama addressed the nation in his January 2015 State of the Union speech, he made only two vague references to mental health, despite it being an issue that impacts millions of Americans either directly or indirectly. There was no mention of increasing funding for mental health programs, no urging of Congress to explore ways to treat mental health more compassionately, and no message to communities encouraging them to find creative solutions to complex problems. Instead, mental health as an issue was largely ignored, as it often is.

Each year, an estimated 590,000 Americans, who would be receiving mental health care in a better system, fall through the cracks. Without proper resources and support systems, these people are at high risk for ending up in the country’s jails, prisons, homeless shelters, on city streets, and, too often, in the morgue. Even if we vote or choose to ignore the problem through reduced funding, decentralized resources, and archaic treatment, it’s an issue that won’t resolve itself. Although we’ve come a long way since the 18th century, the mental health system in America today is seriously flawed and in desperate need of attention.

From Mental Institutions to Prisons

If you talk to someone about how mental health care was performed in the past, he or she might scoff at the poor “treatment” some people received at mental institutions that were often indistinguishable from prisons. However, that same person might be surprised to learn that the largest single-facility provider of mental health services in the United States today is not a mental health facility, hospital, or community center at all. It is, in fact, the Cook County Jail in Chicago.

In 2012, more than 350,000 people with mental health conditions were living in jails and prisons, whereas only about 35,000 people were treated in state-funded impatient psychiatric institutions. According to the 2012 National Survey on Drug Use and Health, almost 40% of adults diagnosed with schizophrenia or bipolar issues remained untreated in the previous year, and as many as 60% of adults diagnosed with a mental health concern went without any treatment. Of those who do manage to receive treatment, few get the level of care they need; the system nationwide is massively underfunded. Texas, for example, spends just $40 per capita on mental health care but in 2012 led all states in the number of prisoners in its jurisdiction. The historic relocation of many of those experiencing serious mental health issues from hospitals to streets to prisons, however, isn’t good fiscal policy, and it’s downright shameful from a human rights perspective, especially because it allows society to facilitate an “out of sight, out of mind” attitude toward the issue.

A majority of mental health experts agree that that the current system is in shambles, but, as was evident in the most recent State of the Union address, few significant efforts have been made to improve it. Now that you’ve read about some of the problems, let’s talk solutions. Here are four suggestions we believe would go a long way toward fixing the mental health care system:

Mental health concerns are estimated to cost the United States more than $444 billion each year. However, only about a third of those estimated costs actually go toward treatment. The majority the $444 billion is spent in the form of disability payments and lost productivity. The real cost to society as a whole is significantly higher, as this total doesn’t include the cost of incarceration or lost earnings for caregivers.

Despite the high cost to the country, mental health budgets are usually among the first to be cut in times of economic hardship. From 2009 to 2012, states cut $5 billion worth of mental health care services and the nation eliminated more than 4,500 public psychiatric hospital beds. Because of poor policy moves like this, in a crisis many people who experience serious mental health issues wind up in emergency rooms because there is no place else for them to go. When all other services have been cut, an emergency room is one of the few places where they won’t be turned away.

The reality is that by increasing rather than cutting mental health care budgets, the country would ultimately save billions. With increased budgets, people would have more access to care and be less likely to end up in emergency rooms, jails and prisons, homeless shelters, on the streets, or worse. Furthermore, many who need treatment and actually receive it will likely recover completely or be able to control symptoms enough to contribute to the economy by returning to work or by volunteering their time or services. This is not only good for the person who needs treatment, but also for their families, neighbors, and communities.

2. Provide Better Care and Services in Jails and Prisons

While this isn’t the ultimate answer, it’s sometimes best to heed the advice of Theodore Roosevelt: “Do what you can, with what you have, where you are.” As previously stated, there are approximately 10 times more people with mental health issues incarcerated than there are being treated in state-funded hospitals. What is perhaps saddest about this statistic is that as states have cut funding for mental health services, they have increased funding for jails and prisons.

Many prisons have few, if any, mental health treatment options. Too often, prisoners don’t get the medication they need and they’re unlikely to receive therapy or any other type of meaningful support. Since prison beds appear to be replacing the beds in psychiatric units, trained mental health professionals should be employed in the penitentiaries, not just for brief evaluations but for continued care and support. Inmates should be given equal access to quality mental health care in order to give them a fair shot at making a recovery and reintegrating into society, which many studies have shown would lower recidivism and thus the burden on taxpayers. Until better alternatives come about, prison time should be used as an opportunity for healing and transformation.

When the Community Mental Health Act was passed in 1963, officials proposed a national network of community-based mental health facilities to provide a point of access where people could quickly receive all forms of mental health care in the same place. This legislation led to the closing of several large, state-funded mental hospitals across the country, as it was thought these new community centers could drastically reduce treatment times and return people to society rather than keep them locked up in institutions. This was the last piece of legislation President Kennedy signed just weeks before his assassination, and while it ushered in a newfound optimism toward mental health care, its vision was never fully realized.

Regrettably, most of the necessary support for the proposed community mental health facilities was never provided, resulting in less than half of these centers being constructed and many people getting lost in the transition from state facilities to community-based facilities. Though much has changed in society since 1963, the vision of a comprehensive mental health care system is still an important one.

In addition to outpatient services, individuals experiencing mental health conditions deserve access to adequate inpatient care, supported housing, family therapy, and addiction services, as well as supported employment programs. These types of facilities are not only fiscally responsible, they localize treatment and make it easier for people to connect with the resources they need to improve their quality of life.

On the surface it appears lofty and idealistic, but this is perhaps the most important change we can make to improve mental health care. Many psychologists have attributed poor mental health outcomes in America to overmedication and lack of validation for the individual’s experience.

John Weir Perry was a Jungian-oriented psychiatrist with more than 40 years of clinical experience working with individuals experiencing psychosis and/or schizophrenia. He believed that the best way to care for an individual experiencing these conditions was to support the conditions themselves rather than trying to suppress or reverse them in any way. Through his clinical practice, he found that when a person’s experience was validated and supported in a positive way, even many of his most challenging patients would become reality-oriented within as little as two to six days. The integration phase that followed took about six to eight weeks on average. Perry found that 85% of the people he treated at Diabasis—an alternative crisis center he created—improved without any medication and continued to improve after leaving his facility.

This isn’t to argue against medication, as it can be a crucial factor in many peoples’ stabilization and recovery. The problem is, with a lack of funding for other options, many people seeking mental health treatment are sent home with bottles of rainbow-colored pills to treat their symptoms and are left with little or no therapeutic support to accompany them.

Providing compassionate, nonthreatening, and nonpathologizing care should be at the forefront of reform efforts.

Even if all these suggestions were immediately implemented, there would still be many holes to fill to make the current system successful and equitable for those in need of treatment. These are just a few steps forward for policymakers and a system that is long overdue for a transformation.

Through the people we elect, the programs we lobby for funding, and the day-to-day interactions we have with people who inhabit this world with us, we’re all responsible for mental health care. Our greatest hope, and what will ultimately inspire more change, is that more people choose to become involved this year and every subsequent one.