14 Telltale Signs You Have Crossed Into an Emotional Affair 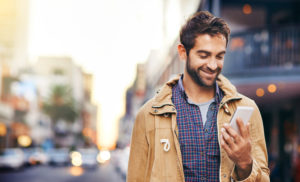 Are you really just friends? Have you crossed the line?

If you are asking yourself these questions, you may be engaged in an emotional affair.

Affairs that are not physical or sexual in nature may seem harmless at first, but they can have a devastating impact on relationships in which one or both partners believe fidelity is a mutual value or expectation. An emotional affair may never turn into a sexual affair, but emotional infidelity may still turn people who are married or in committed relationships into “cheaters”.

Emotional affairs typically start out as friendships, making it difficult to discern when you actually cross the line. If you have developed a close relationship with someone other than your partner and you’re worried it might negatively impact your existing relationship, take an honest look at your feelings, intentions, and actions. Are you having an affair? Ask yourself how you would feel if the situation were reversed.

If you are still unsure whether or not you have moved from a friendship to something more, here are 14 telltale signs of an emotional affair:

1. You can’t stop thinking about the person.

2. You find yourself comparing the person to your partner.

When you find yourself comparing a person to your partner, it’s almost as if you are sizing them up as a potential significant other. Comparing your partner to someone else may create conflict in your relationship, particularly if you are developing a close relationship with that person.

3. The time you spend together is increasing.

If you find that you are spending more and more time with a friend or co-worker—so much so that you end up spending less time with your partner—you might want to pause and contemplate the nature of your relationship.

Maybe you don’t cancel on your partner to spend time with this person, but if you find that you drop everything and cancel on other friends for one particular person, you might want to ask yourself what makes them so special.

4. You find yourself sharing intimate details.

Intimate information is usually reserved for our closest relationships. The more you share with someone, the closer you become. This can become problematic if you find yourself sharing details that you haven’t shared with your partner.

5. You hide the relationship from your partner.

If you feel like you have to hide something, then you probably consider it inappropriate on some level. If you are afraid your partner won’t understand the relationship or will feel jealous, then they might actually have a reason to feel that way.

6. You dress up before you see the person.

When you start planning what you are going to wear or spending extra time on your appearance before you see someone, it may prove you are making a considerable effort to leave a good impression. If you are dressing in hopes that the other person will find you attractive, you may want to stop and question your motives, as they may not be as innocent as you think.

7. Intimacy with your partner decreases.

It may not be appropriate to discuss your relationship difficulties with someone else, particularly with someone who might be a romantic interest. If you find yourself complaining to a friend or co-worker about your partner, consider talking with a therapist instead.

9. You really understand each other.

You feel like the other person “gets” you. You have a lot in common, and your life paths are similar. You’ve never met someone who understands you in this way, and you think you have a unique connection. If that is the case, you may be unknowingly having an emotional affair.

10. You start contacting each other outside of “friendship” hours.

If you are secretly texting, emailing, or calling each other into the wee hours of the night, there’s a good chance your relationship has gone beyond the scope of a typical friendship.

11. They give you butterflies.

When you start getting that starry-eyed, butterflies-in-the-stomach feeling for someone other than your partner, you are at risk of emotional infidelity. If a glance, slight touch, or phone call leaves you with that warm fuzzy feeling, then you may be feeling a romantic attraction to that person.

12. It is difficult to concentrate when the other person is around.

Difficulty concentrating can be a normal part of human sexual arousal. When you start to develop an infatuation for someone, the sexual attraction can cloud your thinking as well as your judgment. If you lose track of time when you’re together or find that you’re more forgetful, then the relationship may no longer be strictly a friendship.

13. You start having fantasies or dreams.

If you start fantasizing about what it would be like to touch this person or start having romantic dreams about them, this may be a sign from your unconscious that you are developing romantic feelings.

14. You would be upset if the situation were reversed.

How would you feel if your partner had this type of friendship with someone else? If you would be upset about it, then that may be an indication that your behavior is inappropriate and you are becoming emotionally unfaithful to your partner.

If you find yourself on the verge of an emotional affair, keeping an open line of communication with your partner is often an effective first step in addressing the situation. Let your partner know about the relationship and any feelings or concerns you may have surrounding it. Remember, it can be easier to tell a partner before rather than after something happens.

Coping with a partner’s emotional affair or preventing one from occurring can be challenging for even the strongest of couples. If you are concerned you might be having an emotional affair and don’t know how to tell your partner, consider seeing a marriage and family therapist who can help you both process and share your feelings and perspective.